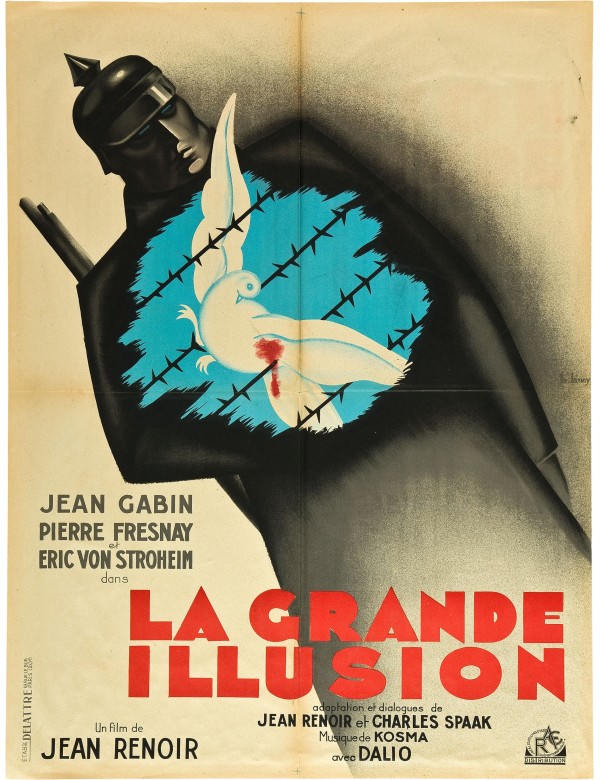 One of the very first prison escape movies, Grand Illusion, directed by Jean Renoir who himself once a soldier in WWI, is hailed as one of the greatest films ever made. Once seized by Nazi and beleived to be damaged in the war, Jean Renoir's antiwar masterpiece is now presented in a beautifully restored digital transfer. In 1917, at the Wintersborn German prison camp, a group of French prisoners - including the aristocratic Captain De Boeldieu(Pierre Fresnay), Lieutenant Marechal(Jean Gabin) the foreman and the Jewish banker Rosenthal( Marcel Dalio) - prepare to escape again after numerous previous attempts.Unfortunately, the escape plan can only allow two to get their freedom while one must stay to divert the German's attention...One of them has chosen to sacrifice for his friends. He is tracked down by German Captain Von Rauffenstein (Erich von Stroheim), the commander of the camp but also a friend of De Boeldieu... In a world doomed by war, is friendship, love, hope and life a Grand Illusion or an ultimate truth ? A Film by Jean Renoir "THE GRAND ILLUSION" Starring Jean Gabin Erich von Stroheim Pierre Presnay Marcel Dalio Dita Parlo Julien Carette Screenplay by Jean Renoir and Charles Spaak Music by Joseph Kosma Set Design by Eugene Lourie Production Managment by raymond Blondy Directed by Jean Renoir c 1937 STUDIOCANAL All Rights Reserved.
PANDVD520941