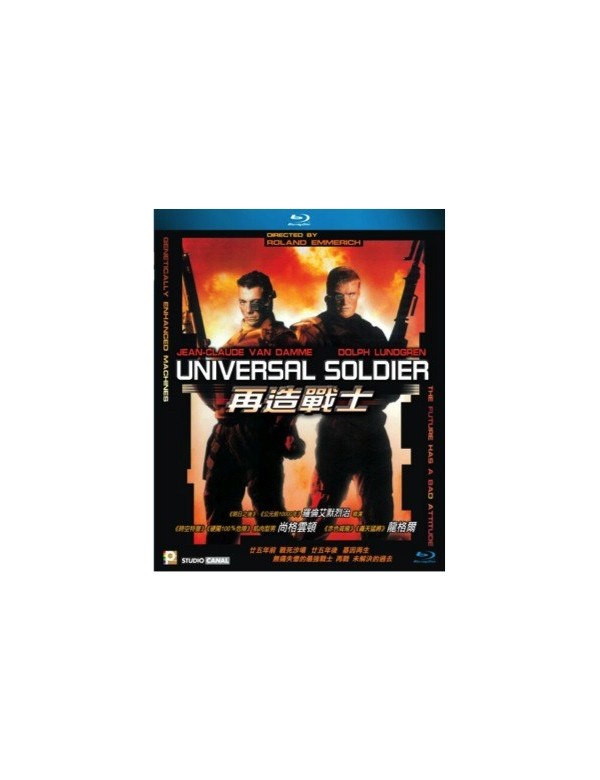 Luc Devreaux (Jean-Claude Van Damme) and Andrew Scott (Dolph Lundgren) are two soldiers who killed each other in Vietnam and are brought back to life 25 years later for a secret government program. They become members of a prototype military unit known as the Universal Soldiers. The Culmination of a top secret government plan to create the perfect warriors. They are genetically enhanced into UniSols whopossess extraordinary skills and powers, and are devoid of pain, emotions, memory and free will.These two UniSols are the ultimate killing machines of all until something goes terribly wrong ──Devreux and Scott begin to revert to their past selves and slip from the control of their military creators.
PANBD521174