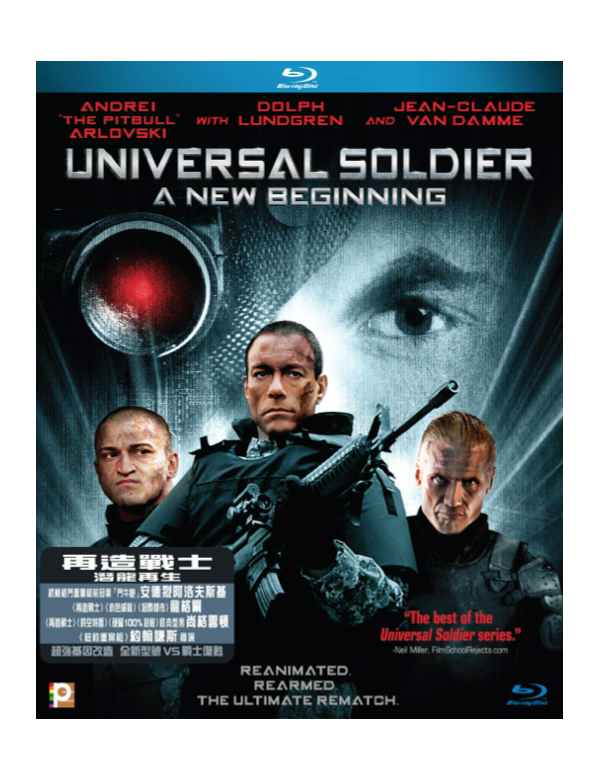 With latest technology, terrorists have created the next-generation Universal Soldier ("UniSol") ── a genetically modified soldier " recycled" from death to become an indestructible weapon. Referred as NGU (Andrei "The Pitbull" Arlovski) , this hi-tech killing machine abducts the children of the President and seize the Chernobyl nuclear reactor, threatening to unleash a lethal radioactive cloud unless their demands are met. Luc Deveraux (Jean-Claude Van Damme), a UniSol decommissioned long ago, is now reanimated and retrained to fight against the NGU. But this is not the only one, he soon discovers that his enemies include also an old acquaintance ── his vicious UniSol Sergeant Andrew Scott ( Dolph Lundgren), now being reactivated and upgraded. It is a duel among these different models of bio-technical killers.
PANBD521118