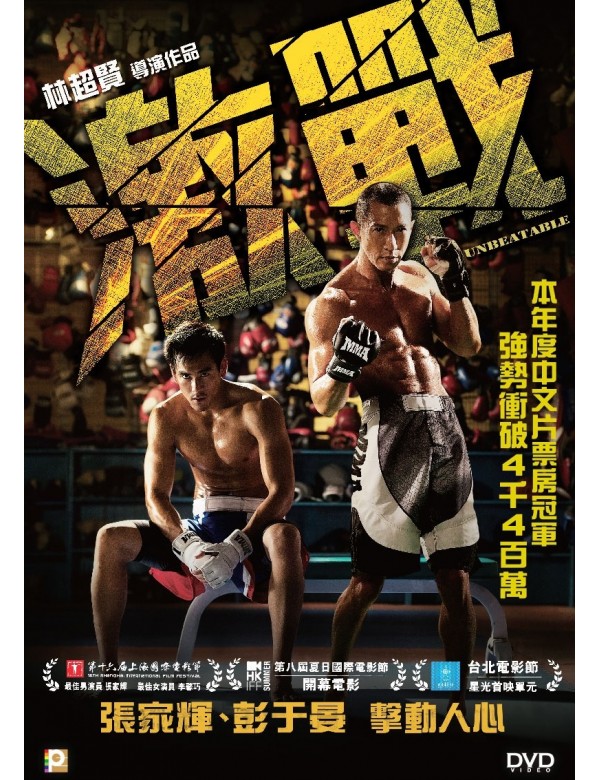 HKD$69.00
HKD$49.00 Save HKD$20.00
"UNBEATABLE"
Synopsis
After a stint in prison for participating in fixed boxing, former boxing champ Fai (Nick Cheung) is knee-deep in debt with no solution in sight. To escape his debtors, Fai escapes to Macau and works in a gym as an assistant instructor in weight loss classes. With no money, Fai is arranged to share a house with recovering mental patient Gwen and her ten-year-old daughter Dan. Even though their co-existence starts out as hostile, it slowly turns into a family-like bond – with Fai acting as the pair's protector.
Hot-blooded Qi (Eddie Peng) was once the son of a rich man in Mainland China. However, the family business failed, sending his dad into alcohol-fueled depressing and forcing Qi to take up construction jobs in Macau. To inspire his father to stand up again, Qi enters an open MMA competition and starts training at Fai's gym.
With Fai as trainer and Qi as the fighter, the pair's hard work pays off with consecutive wins in the tournament. The victories even inspire Qi's father to find his footing and get back up. However, Qi's ultimate opponent in the tournament is Lee (Andy On), a fighter best known for his ferocity...