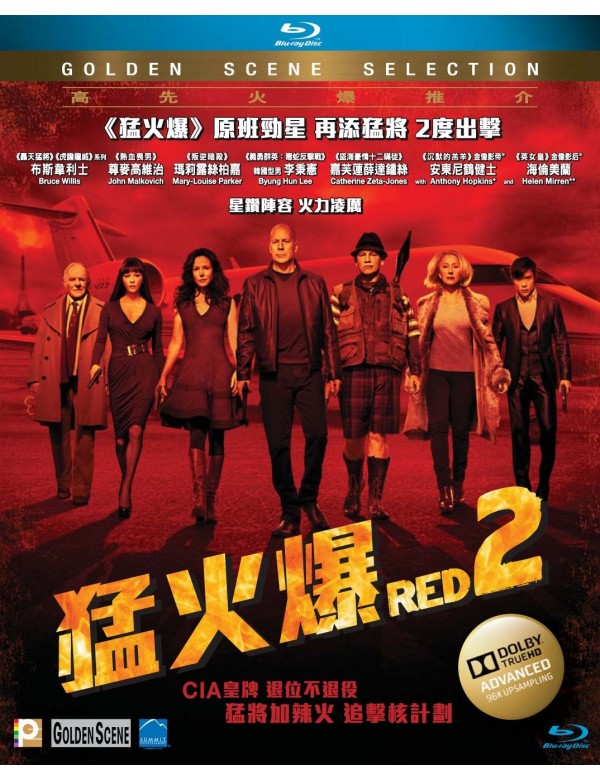 HKD$69.00
RED 2
Director
Dean Parisot
Cast
Bruce Willis            (The Expendables)(Die Hard)
John Malkovich          (Warm Bodies)
Mary-Louise Parker      (The Assassination of Jesse James by the Coward Robert Ford)
Catherine Zeta-Jones    (Ocean Twelve)
Anthony Hopkins         (Thor)
Helen Mirren            (Queen)
Synopsis
In RED 2, the high-octane action-comedy sequel to the worldwide sleeper hit, retired black-ops CIA agent Frank Moses reunites his unlikely team of elite operatives for a global quest to track down a missing, next-generation lethal device that can change the balance of world power. To succeed, they'll need to survive an army of relentless assassins, ruthless terrorists and power-crazed government officials, all eager to get their hands on the technologically advanced super weapon. The mission takes Frank and his motley crew to Paris, London and Moscow. Outgunned and outmanned, they have only their cunning wits, their old-school skills, and each other to rely on as they try to save the world—and stay alive in the process.