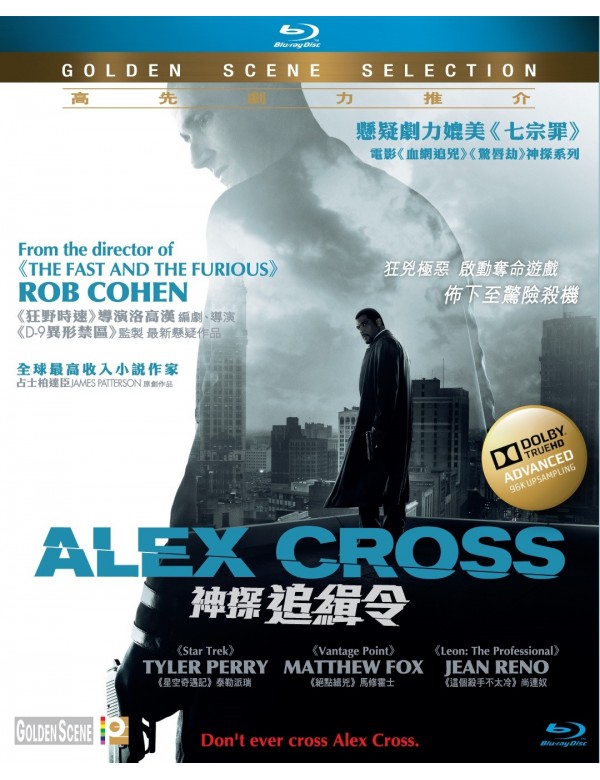 From the director of THE FAST AND FURIOUS Rob Cohen

ALEX CROSS follows the young homicide detective/psychologist (Tyler Perry), from the worldwide best-selling novels by James Patterson, as he meets his match in a serial killer (Matthew Fox). The two face off in a high-stakes game of cat and mouse, but when the mission gets personal, Cross is pushed to the edge of his moral and psychological limits in this taut and exciting action thriller.

The story takes Alex Cross back to show the origins of the character as a Detroit police department detective. His lifelong friend Tommy Kane (Burns) is also his partner and the two also work with detective Monica Ashe (Nichols), who gets caught up in the chase for the serial killer nicknamed Picasso (Fox). Picasso's ultimate target is Detroit-based multi-national industrialist Giles Mercier (Reno) but what appears as obvious, is anything but, as Cross has to try to get into a killer's head to anticipate what could be next and to check the violent urges that Picasso has brought out in him.
PANOB1304010