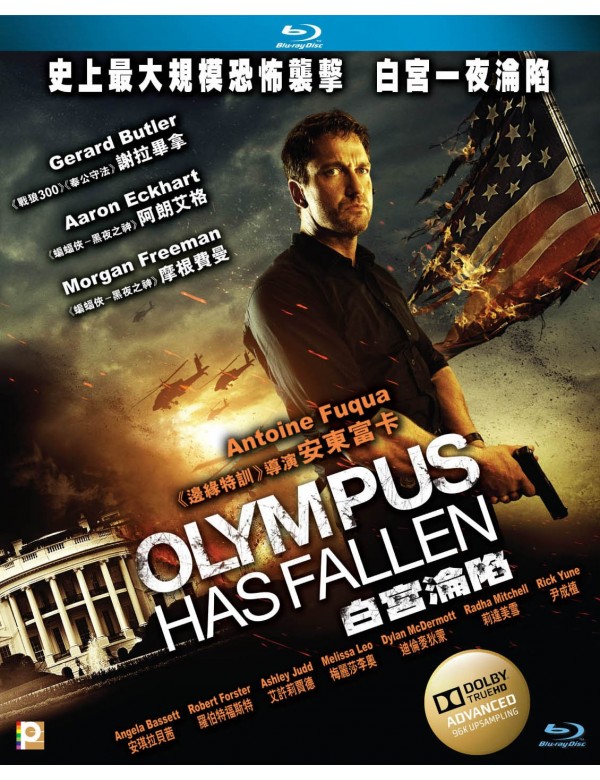 Cast
Gerard Butler      (300) (Law Abiding Citizens)
Aaron Eckhart     (The Dark Knight)
Morgan Freeman   (The Dark Knight)
Synopsis
A small group of heavily armed, meticulously trained extremists launch a daring daylight ambush on the White House, overrunning the building and taking President Benjamin Asher (Aaron Eckhart) and his staff hostage inside an impenetrable underground presidential bunker. As a pitched battle rages on the White House lawn, former presidential security officer Mike Banning (Gerard Butler) joins the fray, and finds his way into the besieged building to do the job he has trained for all his life: to protect the president - at all costs.

Banning uses his extensive training and detailed knowledge of the presidential residence to become the eyes and ears of Acting President Allan Trumbull (Morgan Freeman) and his key advisors. With tension rising, the radicals begin executing hostages and threaten to kill more unless their outrageous demands are met, our national security team must relay on Banning to locate the president's young son, who is being sought as the ultimate test of the president's loyalty to his country, and rescue the president before the terrorists can unleash their ultimate, terrifying plan.