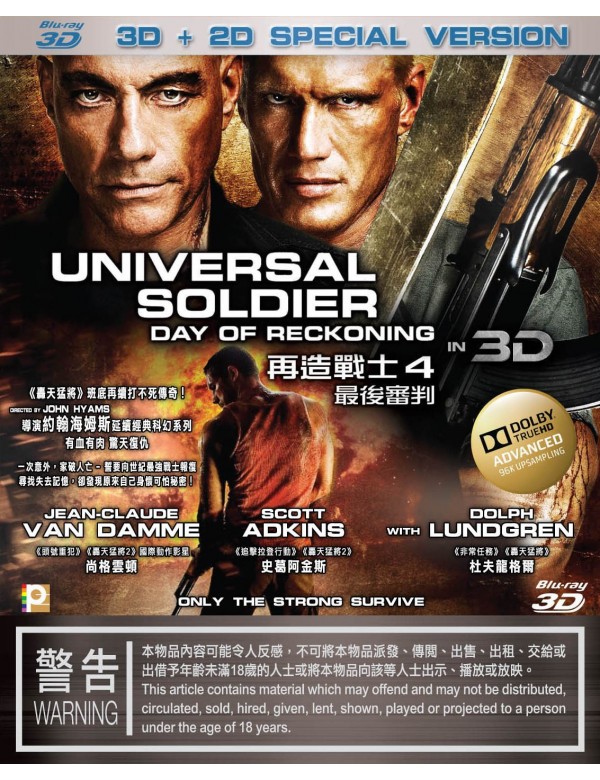 Synopsis:
John (Scott Adkins, The Expendables 2) wakes up from a coma to discover his wife and daughter were slaughtered in a brutal home invasion. Haunted by images of the attack, he vows to kill the man responsible: Luc Deveraux (Jean-Claude Van Damme). While John tries to piece his reality back together, things get more complicated when he is pursued by a relentless UniSol Magnus (Andrei "The Pit Bull" Arlovski). As John gets closer to Deveraux and the rogue army of genetically enhanced warriors led by back-from-the-dead leader Andrew Scott (Dolph Lundgren), John discovers more about himself and begins to call into question everything he believed to be true.