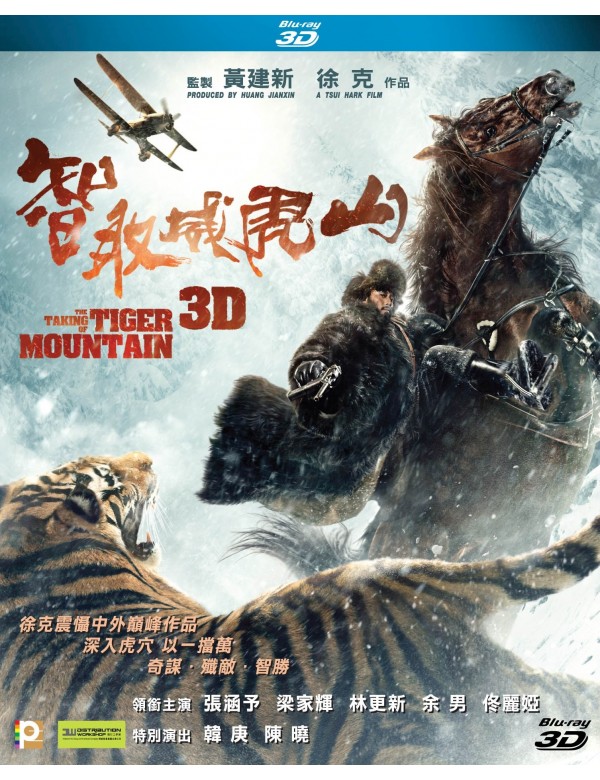 HKD$69.00
The Taking of Tiger Mountain


Synopsis
Adapted from the famous Chinese novel "TRACKS IN THE SNOWY FOREST" set during the civil war era of 1946, when ruthless bandits occupied Northeastern China and threatened the lives of civilians there. The most powerful bandit of all was HAWK (Tony LEUNG Ka-fai), with an impenetrable fortress up in Tiger Mountain and armed with strong artillery. Unit 203 of the Liberation Army, led by CAPTAIN 203 (LIN Gengxin), was crossing the Northeastern region when they encountered HAWK's men raiding a village. CAPTAIN 203 decided to stay and fight against HAWK. Headquarters sent a skilled investigator YANG (ZHANG Hanyu), who infiltrated HAWK's gang as an undercover. The duo was soon engaged in a battle of wits with the cold-blooded HAWK, deep inside the snowy forest.