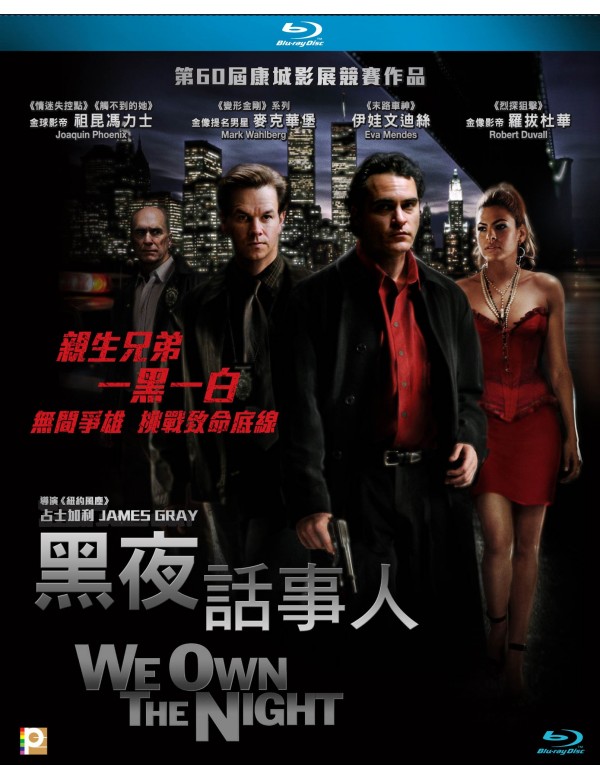 We Own the Night (Blu-ray)


Synopsis
Bobby Green (Joaquin Phoenix) has turned his back on the family business. The popular manager of El Caribe, the legendary Russian-owned nightclub in Brooklyn’s Brighton Beach, he has changed his last name and concealed his connection to a long line of distinguished New York cops. For Bobby, every night is a party as he greets friends and customers or dances with his beautiful Puerto Rican girlfriend, Amada (Eva Mendes), in a haze of cigarette smoke and disco music.
But it’s 1988, and New York City’s drug trade is escalating. Bobby tries to keep a friendly distance from the Russian gangster who is operating out of his nightclub – a ganster that is being targeted by his brother, Joseph, an up-and-coming NYPD officer, and his father, Burt (Robert Duvall), the legendary deputy chief of police.