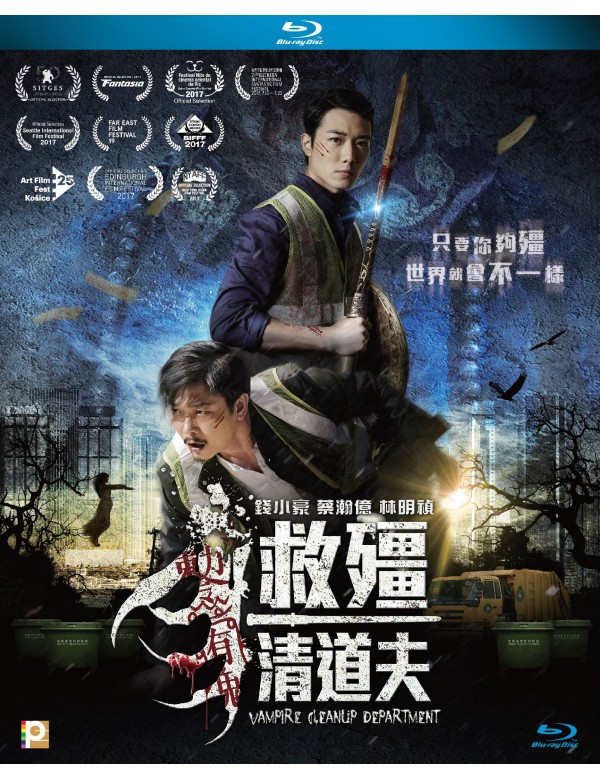 Synopsis
Unbeknownst to other people, there has been a secret government organization called VCD – “Vampire Cleanup Department”.
One night, the nerdy geek Tim Cheung (starring Babyjohn Choi) saw a hideous vampire in a dark alley. He was scared and faint out immediately. He was saved by Uncle Chau (starring Chin Siu Ho) who believes in his ability to recover quickly after being beaten by vampires...
In his first mission of hunting vampires, Tim gets lost and meets a lady vampire Summer (starring Lin Min Chen). Tim thinks she is harmless to human, and so he hides her in his home out of helplessness. As Summer gets along with Tim, she learns to be human again, even communicate with Tim with body language. Tim has to hide Summer away from VCD.
Secret never keeps long, uncle Chau is furious knowing about the relationship between Tim and Summer, and decides to terminate Tim’s job in VCD.
Meanwhile, the “Red Moon” phenomenon appears once in a century, drawing the most powerful vampire king to rise from his grave! The police is not able to control it and suffers severe casualties. Tim plans to find uncle Chau to reunite VCD, so as to save Summer and fight against the Vampire King.
Will Tim successfully rescue Summer? Can Tim convince Uncle Chau to accept Summer as a harmless vampire? Last but not least, is VCD able to stop the Vampire King from haunting the city?
PANCB1706020