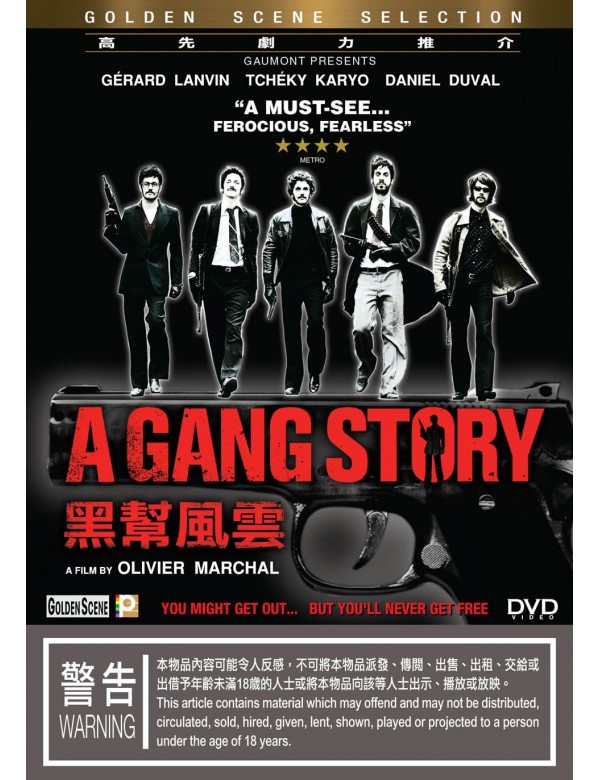 Based on a true story, Gang Story (Les Lyonnais) is the epic tale of Edmond Vidal (Gerard Lanvin), aka Momon; one of the French underworld's most notorious figures having led the Gang des Lyonnais to a spate of successful armed robberies in the 1970s. Overcoming dangerous gang rivalries and battles with the police, Vidal survived to enjoy the good life...until now.

With his life-long friend Serge Suttel (Tcheky Karyo) - with whom Vidal first discovered prison life - for stealing cherries -now in trouble, Vidal gets drawn into one last job. But fighting against his own history and facing a despertae situation, is this the end for Vidal?