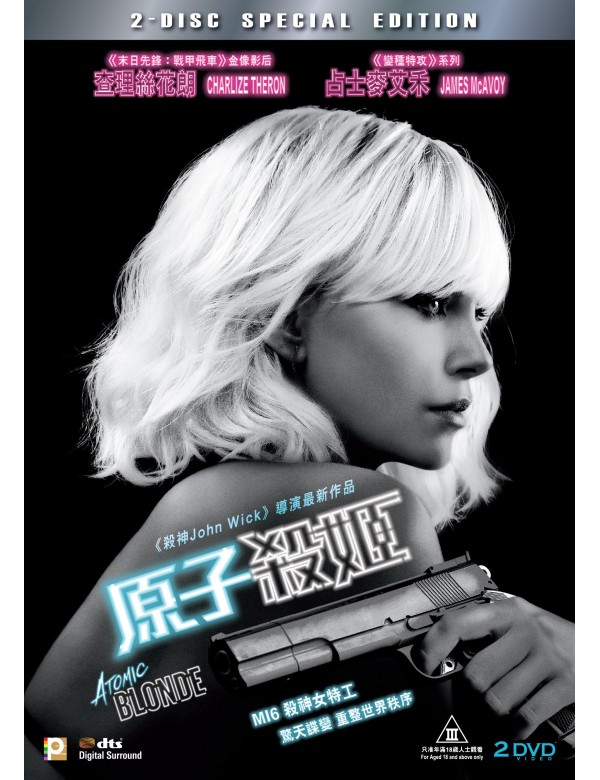 HKD$69.00
HKD$59.00 Save HKD$10.00
Atomic Blonde (2-Disc Special Edition)
Synopsis
It is 1989 in the city of Berlin, on the eve of the Berlin Wall’s dismantling and an explosive realignment of superpower alliances. Lorraine Broughton (Theron), a steely and seductive top-level agent for MI6, has been dispatched to Germany to take down a ruthless espionage ring that has just killed an Allied undercover agent for reasons unknown. Broughton is also obliged to cooperate with reckless Berlin station chief David Percival (McAvoy). Casting a wary eye on the two agents are MI6 investigator Eric Gray (Jones) and high-ranking CIA operative Emmett Kurzfeld (Goodman), who has been dispatched from the U.S. to monitor Broughton’s mission. Broughton also finds herself tailed by French intelligence agent Delphine Lasalle (Boutella), who takes a personal interest in her that intensifies into a torrid affair.
All of these operatives, and more surrounding them, are trying to evade a threat that jeopardizes the West’s entire intelligence operation: a list of the identities and personal details of all Western agents operating in Berlin—one compiled by an East German Stasi intelligence officer. The tension boils over with time running out, Broughton unleashes her full arsenal of skills to best each challenge, beat back any adversary, and avenge every betrayal—both professional and personal.
PANOD1711111