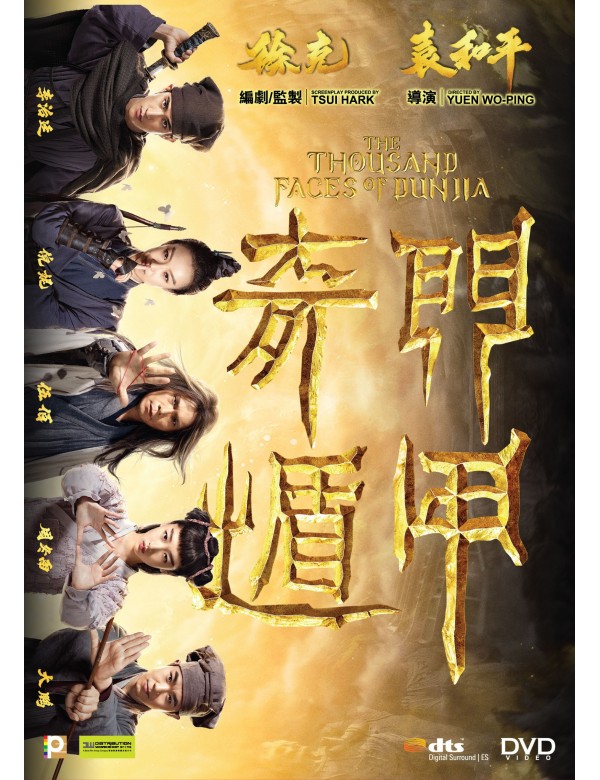 The Thousand Faces of Dunjia (DVD)

Synopsis
During the Northern Song Dynasty, Dao – a young and capable fighter – travels to the capitol in hopes of becoming a constable and use his skills to defeat the bad guys. Naïve to the ways of the world, Dao is duped by other constables to track down a nonexistent bandit. However, he accidentally stumbles upon an underground society called the Wuyinmen.
Each Wuyinmen member has a supernatural ability, and they’re all hiding in our world under all kinds of disguises. Dao soon learns that the society’s leader has been missing for some time, and that anyone who inherits the leader’s power can become the successor. This successor doesn’t even have to be a member of the society in the first place! However, no one has appeared to claim the position.
One day, Wuyinmen member Zhuge returns with Yuan, a young girl that may be the new leader that society members have been waiting for. However, the girl brings more than just hope to Wuyinmen; she also brings trouble and panic. Yuan reveals that she can transform into a human-monster hybrid at any time – a transformation that would cloud her consciousness. This is a potential catastrophe for the Wuyinmen.
Meanwhile, a paranormal creature with terrifying powers has been hiding in our world all along, waiting for its chance to destroy mankind. To ensure the safety of the world, the extraordinary warriors of the Wuyinmen are ready to step and take down the creature.
PANCD1804020