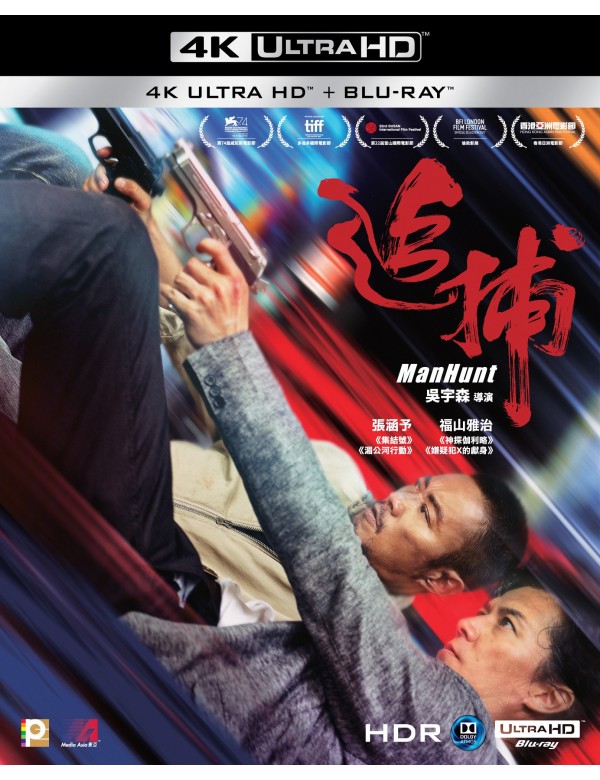 Synopsis
Manhunt follows the journey of upstanding lawyer Du Qiu (Zhang Hanyu), who is unwittingly drawn into a murder case when all the evidence at the scene points to him being the perpetrator. Knowing that he’s been framed by Luo Zhi, Du Qiu runs from the law to uncover the truth. The police launch a large-scale manhunt, but veteran detective Yamura (Masaharu Fukuyama) sees that this seemingly open-and-shut case is not that simple after all. During the intense pursuit, a bond begins to build between the fugitive and his pursuer, even though Yamura knows that he can’t fully trust Du Qiu. Is the real killer lurking elsewhere? Is there a hidden conspiracy behind the murder?
PANCU1802021