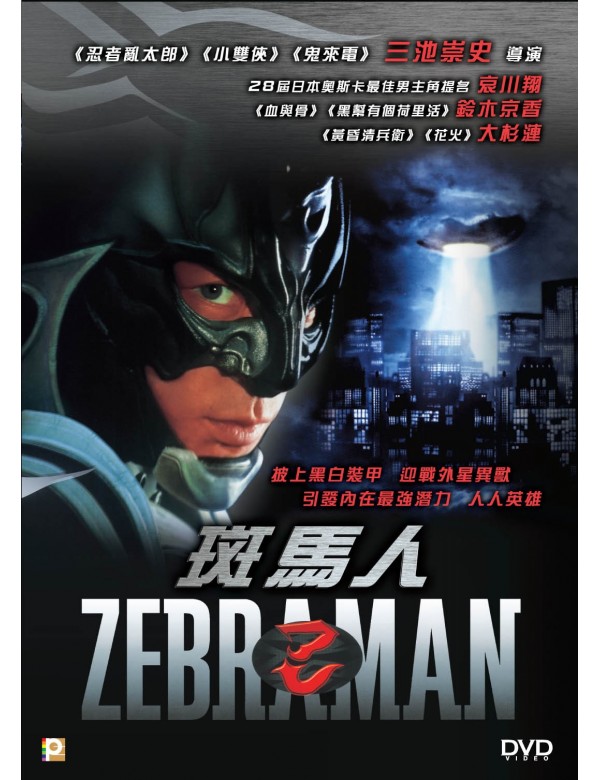 From his childhood days to this very day, he was a great admirer of the TV drama "Zebra Man". To satisfy his compulsion, Shinichi had to make his own Zebra Man costume. As he finished the costume, he could not bear but wearing the costume, and went out into the midnight town as "Zebra Man".
As he was waltzing along, he ran against a phantom killer, and just happened to beat him up. After this incident, he noticed that whenever he wears this costume, he obtains power. However, he didn't have the slightest idea that the phantom killer was an alien from outer space.
As Shinichi defeated the phantom killer, the Japanese government was informed by the CIA, that aliens are preparing for an invasion to Shinichi's family...