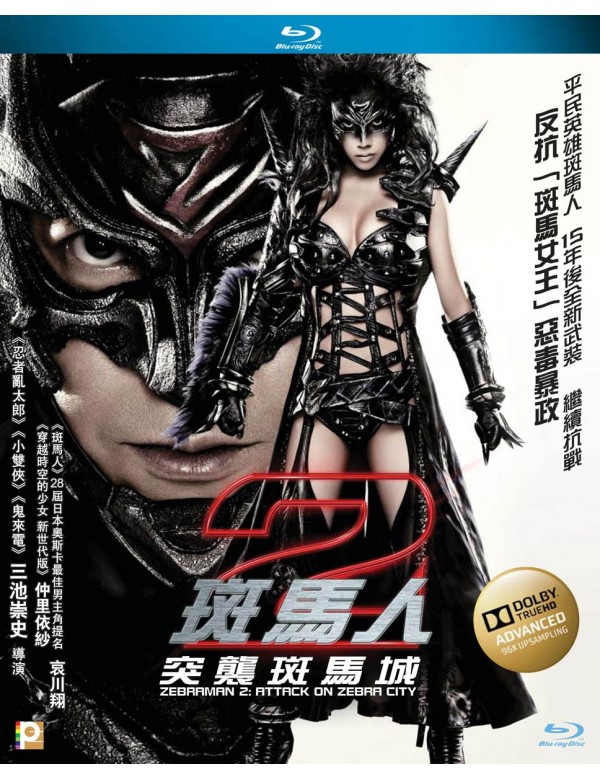 HKD$49.00
Title: Zebraman 2: Attack on Zebra City
Director: Takashi Miike
Starring: Show Aikawa, Riisa Naka
Type: Japanese
Genre: Action
Year: 2012
Synopsis:
2025, fifteen years has passed since the incidents of "Zebraman", Tokyo has now been renamed as "Zebra City", to be governed by the sexy singer Zebra Queen (Riisa Naka) - the daughter of the current governer. A time system called "Zebra Time" is implemented. During "Zebra Time" - 5 minutes at 5:00 AM and 5:00 PM each day, law permits any and all criminal acts and allows police and people in power to shoot anyone. Potential criminals as well as the sick, elderly and people living on pensions are annihilated.
Shinichi Ichikawa (Show Aikawa), also known as Zebraman, survives from the attack, but unfortunately lost all his memories. Later, he encounters a little girl who grows black and white pansies. Once he brushes up against her, his body is covered with black and white stripes and he remembers that he is the Zebraman! The awakened Zebraman must team up with a fake Zebraman from TV and a young protege to fight against the evil Zebra Queen and her Zebra Police, whose ultimate plan is to utilize the strange aliens from 2010 to apply the Zebra Time to the whole world.