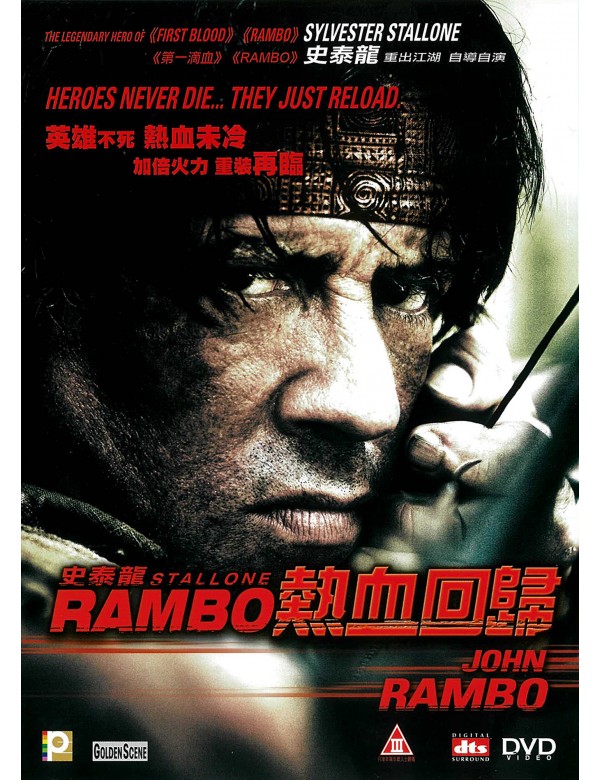 Survived from the toughest war fares, Vietnam War veteran and Green Beret (US Army Special Force) John James Rambo, now secludes himself in Thailand. He leads a simple life catching snakes and transporting locals with his boat. However, his destiny avoids him from peace -- a group of Christian human rights missionaries, led by Michael Burnett (Paul Schulze) and Sarah Miller (Julie Benz) demand Rambo to take them up to Burma. He first refused but finally persuaded by Sarah. After their arrival at the Karen Village in Burma, the missionaries are attacked by a troop of Burmese army.
Burma has long been a war zone. Over fifty years, the Karen villagers there suffer under the oppressive rule of the Burmese military and live alongside the threats of slaughter. The kidnapped missioners are tortured and murdered together with the villagers. The pastor comes with a team of mercenaries and pleas Rambo to assist the rescue. For the sake of so many innocent lives, there is no way that Rambo can resist,his might and previous experiences re-emerge as he fights against the military with a .50-caliber truck-mounted gun...
PANDVD520749