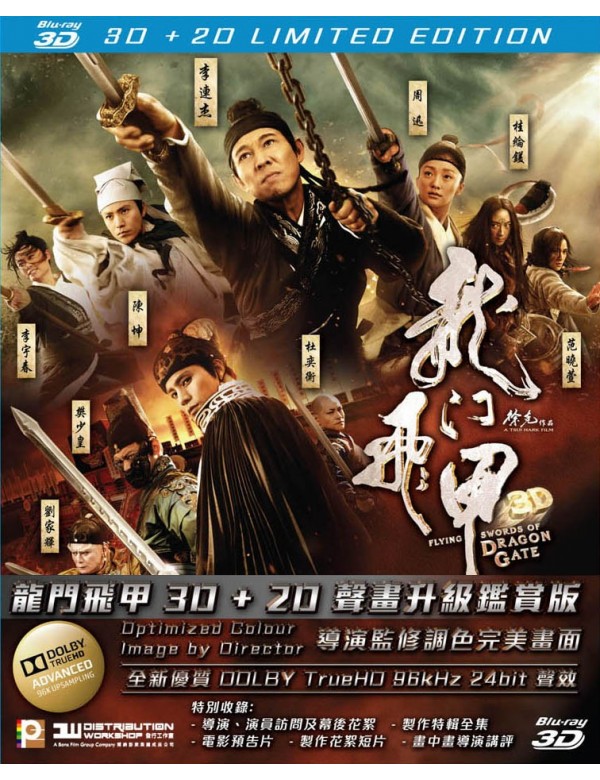 Synopsis
"Flying Sword of Dragon Gate" picks up three years after the infamous Dragon Inn was burnt down in the desert when its innkeeper JADE vanished. A new gang of marauders had taken over: innkeepers by day,and treasure hunters by night. The inn is the rumored location of a lost city buried under the desert and its hidden treasure would onlybe revealed by a gigantic storm every sixty years. The gang used the inn as a front to locate the lost treasure. The storm is arriving. But the situation becomes more complicated when a pregnant concubine who escaped from the palace came to the inn.The concubine was saved by a mysterious woman LING, and the two fled to the Dragon Inn in hiding. Hot on their trail were the Imperial Assassins led by the powerful eunuch YU, followed by the righteousgeneral ZHAO who was determined to take down Yu to restore order in the palace.
Feature(s)
Cast & Crew Interviews Plus Behind- The- Scenes
Making-of
Making- of Short Version
Trailers 1 & 2
Director's Commentary (Picture-in-picture)