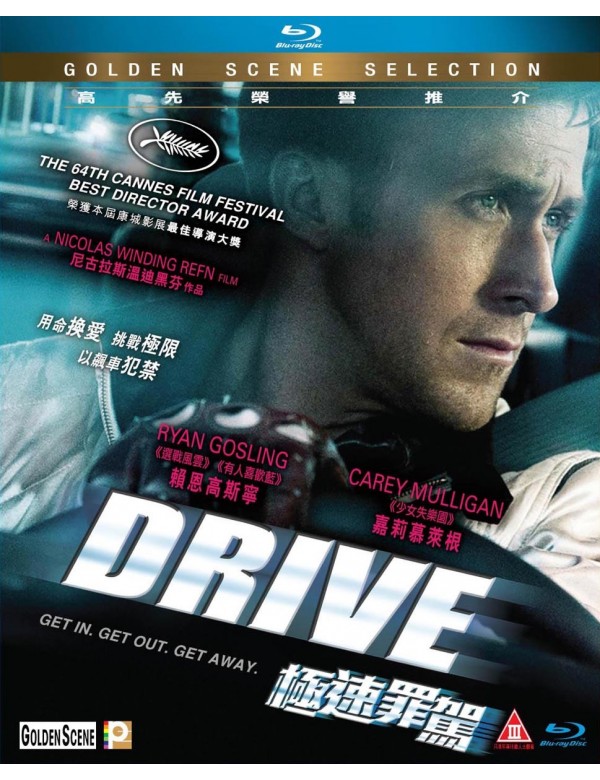 HKD$99.00
Title: Drive (Blu-ray)
Director: Nicolas Winding Refn
Starring: Ryan Gosling, Carey Mulligan
Type: Blu-ray
Genre: ACTION
Category: III
Year: 2011
Synopsis:
Ryan Gosling stars as a Los Angeles wheelman for hire, stunt driving for movie productions by day and steering getaway vehicles for armed heists by night. Though a loner by nature, Driver can't help falling in love with his beautiful neighbor Irene (Carey Mulligan), a vulnerable young mother dragged into a dangerous underworld by the return of her ex-convict husband Standard (Oscar Isaac).
This is a romantic comedy set in Paris about a family that goes there because of business, and twoyoung people who are engaged to be married in the fall have experiences there that change their lives. It's about a young man's great love for a city, Paris, and the illusion people have that a life different from theirs would be much better.
After a heist intended to pay off Standard's protection money spins unpredictably out of control, Driver finds himself driving defense for the girl he loves, tailgated by a syndicate of deadly serious criminals (Albert Brooks and Ron Perlman). But when he realizes that the gangsters are after more than the bag of cash in his trunk—that they're coming straight for Irene and her son—Driver is forced to shift gears and go on offense.