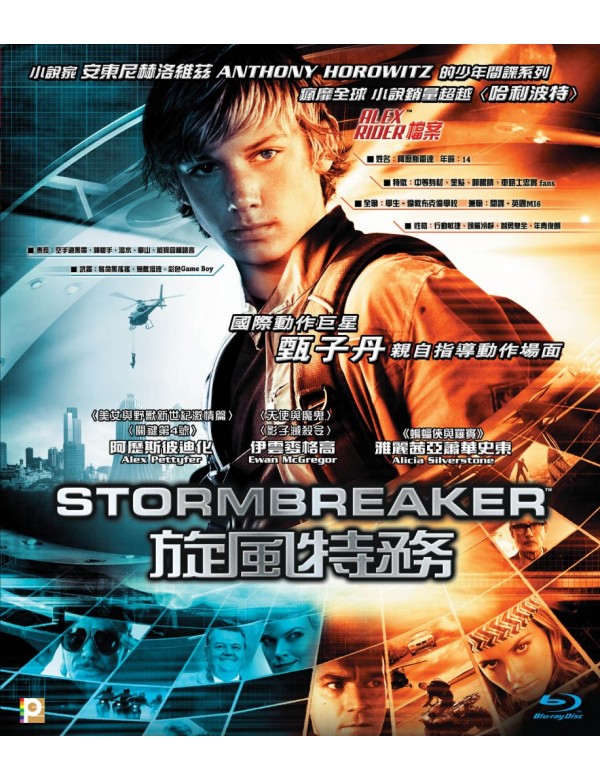 HKD$49.00
Stormbreaker
Director
Geoffrey Sax   (White Noise)
Cast
Alex Pettyfer        (I am Number Four)
Ewan McGregor  (Jack the Giant Slayer)
Synopsis
Alex is a normal teenager who lives with his uncle, a nondescript bank manager… or so it seems, until Uncle Ian Rider dies in mysterious circumstances. Alex discovers his uncle was in fact a spy and has been murdered by Yassen Gregorovich, one of the most dangerous assassins in the world. Recruited by Mr. Blunt and Mrs. Jones of the Special Operations Division of MI6, the schoolboy realizes by encouraging his hobbies his uncle has thoroughly prepared him for a career in espionage. Linguist, scuba diver, mountaineers, crack shot and martial arts expert, Alex has all the attributes to make the perfect teenage superspy. Armed with these and his own set of special gadgets, he embarks on his first mission.