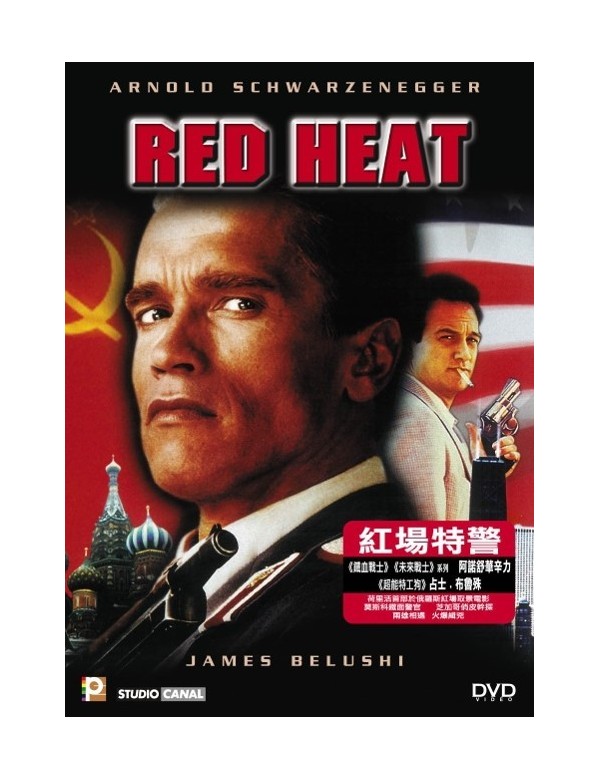 Director
Walter Hill
Cast
Arnold Schwarzenegger     (Terminator)
James Belushi
Synopsis
Red Heat is the first American movie ever to film in Russia's famed Red Square. Arnold Schwarzenegger is Captain Ivan Danko, the top cop in Moscow's homicide division. His taciturnity and ruthlessness have earned him the nickname "Iron Jaw" among his colleagues. James Belushi is Detective Art Ridzik, one of the Chicago's best cop. Though he is a wise-cracking, plainclothes man. He's been known to cut a corner here and there and has the reprimands to show for it. Two very different men from contrasting cultures pair up on the trail of Russia's deadliest drug smuggler throughout the mean streets of Chicago. A nonstop action - adventure, packed with humour and thrills...With this much friction, there's gotta be heat...RED HEAT.