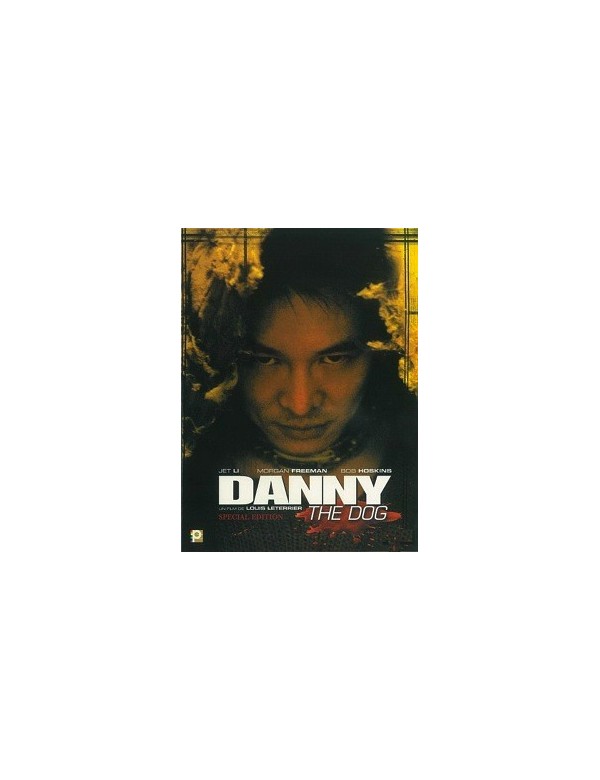 Imagine being brought up from the time you are a very young child in a state of sensory deprivation, fed, clothed and tended to by one man. Imagine never having contact with other children never going to school, never learning anything except what this one man taught you. Imagine never having any form of love or affection, except what this one man gave you. Imagine never being rewarded except for doing what this one man told you to do. Imagine that one thing that brought you that reward, the one thing you were taught, was inflicting unimaginable pain on other men. Imagine all these things, and you can imagine the life of Danny when we meet him at thirty years old, living in a subterranean room under the office floor of Bart, the man who has trained to be the killing machine he is. The man who "owns" him.
Taken from his mother at a young age by Bart, Danny knows nothing of the world, except what Bart has shown him. And that world consists of the room he lives in, and the violence he is conditioned to commit when Bart demands it. Which is whenever one of the people who Bart loans money to through his loan sharking business come up late on payment.
Danny is, in short, Bart's lethal weapon. A man trained as a dog. To obey his master without question, no matter how brutal the command might be.
Until the day that Bart is abused by a vengeful debtor.
After the shooing, Danny finds himself alone, lost and in the presence of Sam. Who is everything that Bart is not. Kind, humanistic, artistic, Sam is a piano tuner by trade, who supports his eighteen year old step daughter Victoria as she completes her studies at a prestigious music conservatory. Sam and Victoria’s house is filled with art and books, music and love. It is an environment so unfamiliar to Danny, he spends his first day hiding undo the violent conditioning of his life. Until Danny learns enough to repudiate the past, and with it, Bart and all he stands for.
The transformation is made easier for Danny because he believes Bart dead. But Bart is not dead. And when Bart re-emerges to take his ‘dog’ back, Danny’s old life and his new life collide. With dire consequences for all who are a part of it.
DANNY THE DOG is a film about the power of love, the terrifying realities of man's capacity for violence, and the wonder of music.
PANBD520893