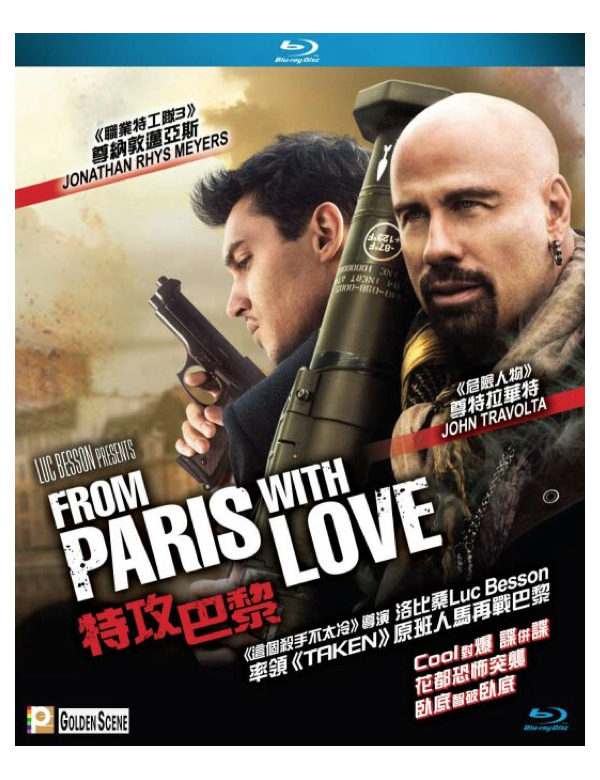 From Paris with Love (Blu-ray)


Synopsis
A personal aide to the U.S. Ambassador in Francd, James Reece (Johnathan Ryes Meyers) has an envialbe life in Paris and a beautiful French girlfriend, but his real passion is his side job as a low-level operative for the CIA. All James wants is to become a bona fide agent and see some real action. So when he's offered his first senior-level assignment, he can't believe his good luck--until he meets his new partner, special agent Charlie Wax(John Travolta). A trigger-happy, wisecracking, loose cannon who's been sent to Paris to stop a terrorist attack, Wad leads James on a white-knuckle shooting spree through the Parisian underworld that has James praying for his desk job. But when James discovers he's a target of the same crime ring they're trying to bust, he realizes there's no turning back．．．and that Wax himself might be his only hope for making it through the next 48 hours alive.