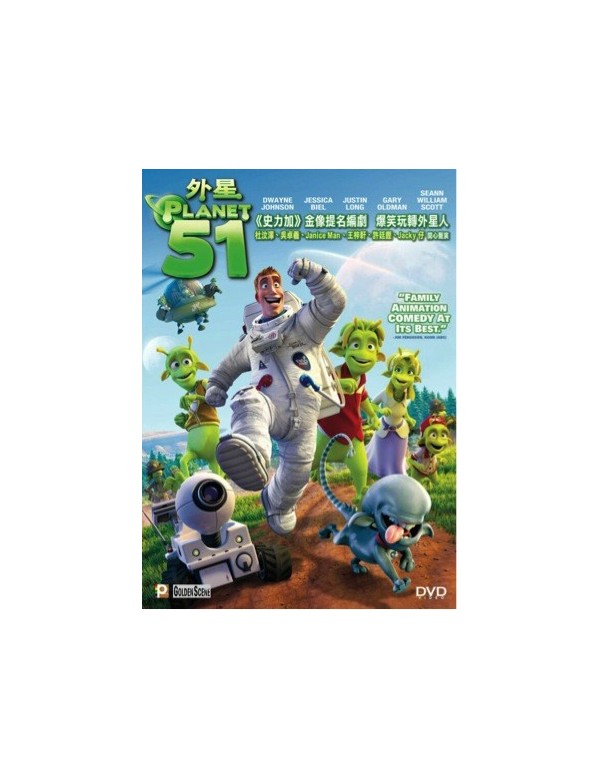 The movie shows a planets going through its own 1950's, with a sci-fi invasion movies and a healthy dose of paranoia atmosphere. “The main difference between their world and ours is that by the end of our 1950's, we were looking towards the stars, to the great unknown and the beginning of our age of space exploration”, says Stillman. But the people of Planet 51 are missing that thirst for knowledge. They're afraid of the unknown. And so their innocent 1950's period is one that just goes on and on. What changes all that, what opens our main character to the greater universe, is the arrival of astronaut Chuck Baker. In this sense, Lem embodies everything about Planet 51 and the theme of the movie. He's afraid of the unknown. As it happens, I am too, Stillman says. When a character gets to grow in a way that's resonant for me, as Lem does, he becomes kind of special.
PANDVD521114