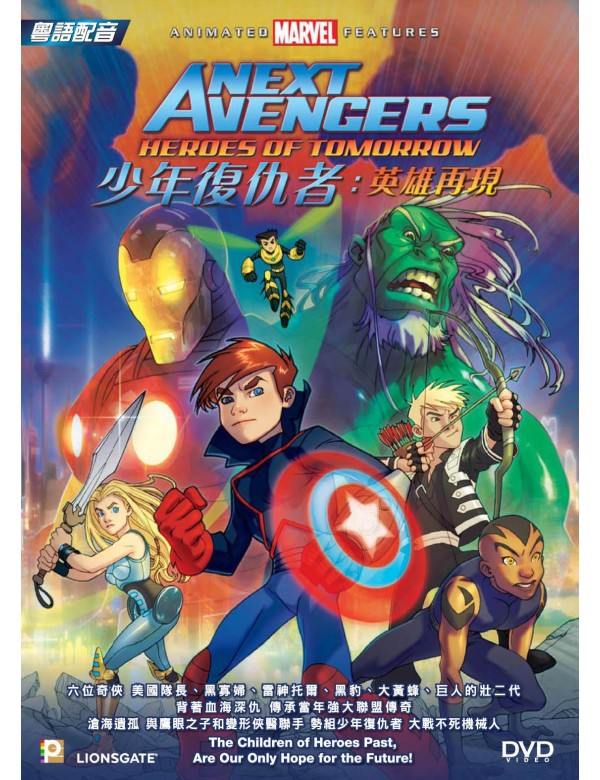 Whenever the forces of evil threatened mankind, the Avengers were always earth's unstoppable heroes - until they fell to the malevolent robot Ultron, and all hope seemed lost. But, kept secret by Tony Stark (Iron Man), the world's future lay in the hands of four amazing teenagers. James (Son of Captain America and Black Widow), Torunn (Daughter of Thor), Azari (Son of the Black Panther), and Pym (Son of Wasp and Giant Man) must now fight a battle that even their super parents could not win. The odds are stacked against them, but joined by the arrow-slinging son of Hawkeye, they just might have a chance, if they can find the missing Hulk and come together as the heroes of tomorrow, to defeat Ultron and become...the Next Avengers!
PANTD1211080