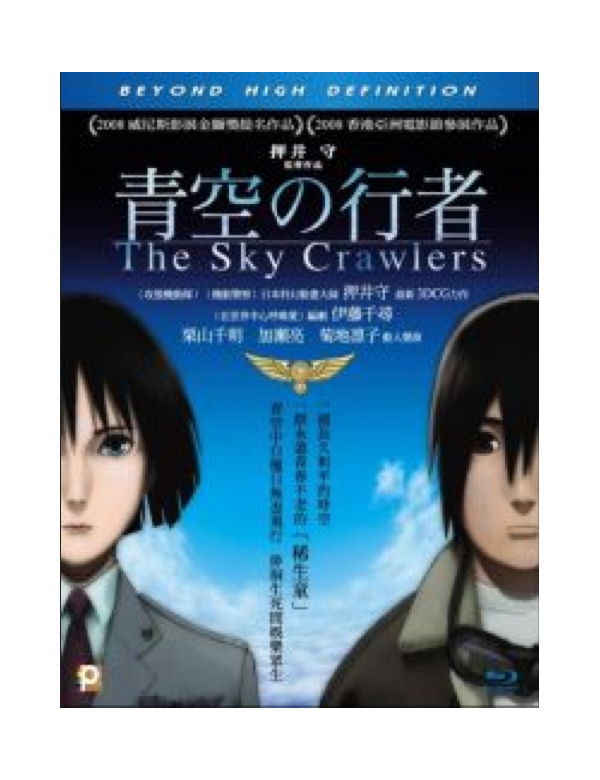 Based on a popular novel by best-selling writer, Mori Hiroshi, GHOST IN THE SHELL auteur Mamoru Oshii ’s soaringly beautiful animated film is set in an alternate world where global peace is finally attained yet wars prevail as a kind of spectacular show. Private war contractors enlist young fighter pilots called "Kildren" to perform their services in an endless "war as entertainment." Innocent-looking teenagers in appearance, Kildren never grow into adulthood, and live in a state of eternal adolescence until the day they drift gracefully through the endless skies. One day, pilot Yuichi Kannami arrives to his newly assigned airbase. He has only vague memory of his past. The only two things he recalls are that he is a Kildren and how to operate a fighter plane. Suito Kusanagi, the base commander, is keeping an eye on Yuichi. A Kildren herself, Suito behaves as if she's been waiting to meet Yuichi for a long time. Perplexed, Yuichi is nevertheless gradually attracted by her. All pilots at the base have to confront the most invincible enemy ace, known as Teacher. His trademark is a black jaguar painted on the nose of his plane. It is said that if you run into him up in the sky, you don't come back to tell your friends. Who really is the Teacher? What does Suito know about Yuichi's past? What are the secrets behind the Kildren?
PCBD520959