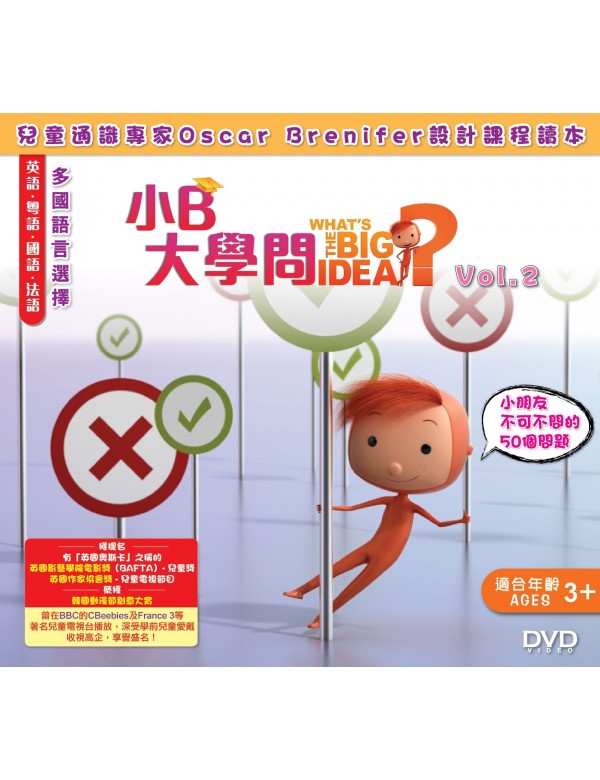 HKD$29.00
"What's the Big Idea?"
What's the Big Idea? is a mini animation series adapted from The Big Book of Philosophical Opposites, written by Oscar Brenifer and illustrated by Jacques Després, which has won several awards including Prix de la Presse des Jeunes 2008 and « La Science se Livre » Prize in 2009.
Each 5-minute philosophical episodes answer a big question: Why go to school? Why obey? Is what other people think of me important? Can we all always agree? …What's the Big Idea? links abstract concepts to strong and simple images, which children can easily relate to. It encourages kids to ask and answer questions about anything and everything. There is no such thing as a silly or wrong question. The express ambition here is to help children seize the contradictions found in the philosophical order of things, which are the so important basic concepts involved in any exercise in thinking. This idea is presented in very simple ways accompanied by vivid illustrations, and as such gives a new approach to understanding and grasping these otherwise abstract words.