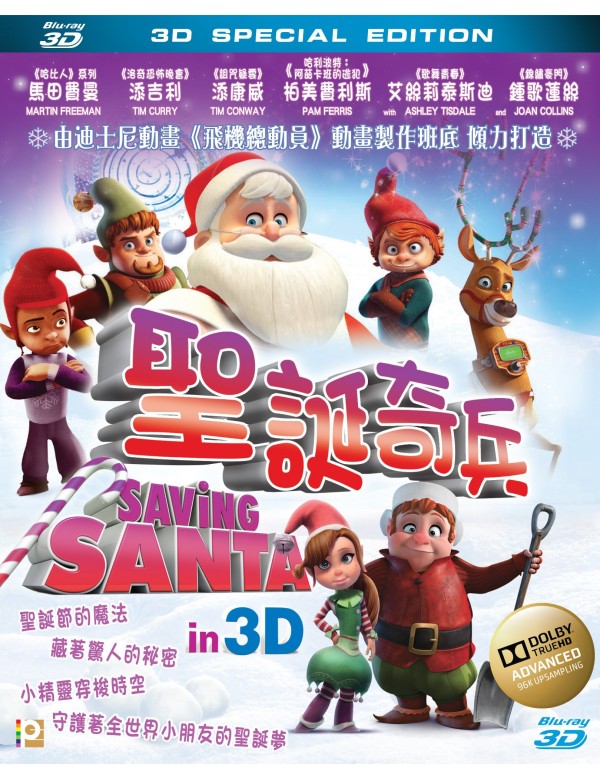 HKD$49.00
Saving Santa
Director
Leon Joosen
Aaron Seelman
Cast
Martin Freeman    (The Hobbits)
Tim Curry               (The Rocky Horror Picture Show)
Tim Conway
Pam Ferris             (Harry Potter and the Prisoner of Azkaban)
Ashley Tisdale      (High School Musical)
Joan Collins          (Dynasty)
Synopsis
At the top of the North Pole, Bernard is an elf in Santa’s workshop who’s always messing up. One morning, after sleeping in late, Santa kindly shows Bernard the oh-so-secret time machine on his sleigh, which almost no one knows about. Suddenly, Bernard finds army commandos raiding the North Pole, demanding to know the location of his coveted time machine. If the world were to discover the exact location and existence of the North Pole, it would ruin Christmas for everyone! Bernard runs to the time machine and activates the device, going back in time to that same morning. Now it’s a race against time to forge a plot with any elf that will believe his tale, and save Santa before the world finds out the secret of Christmas.