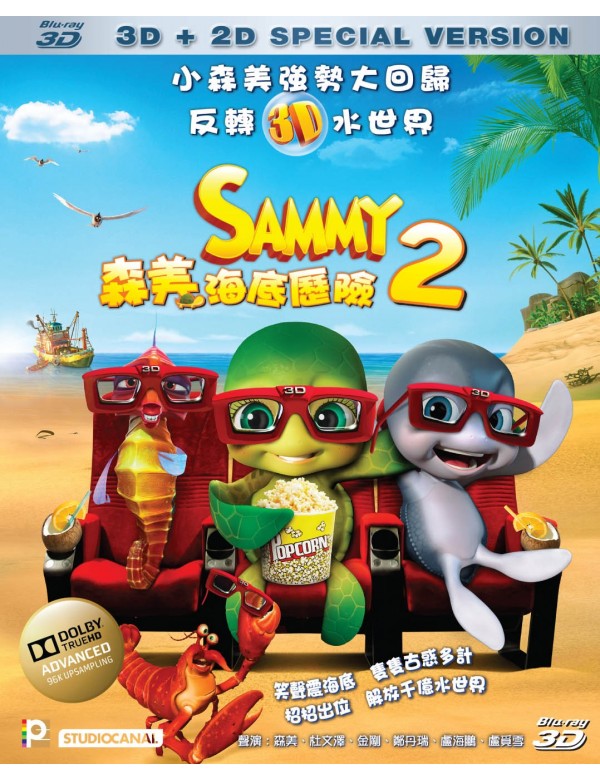 HKD$69.00
Sammy 2
Director
Ben Stassen
Cast (Cantonese Dubbing)
Sammy Leung    (Truth or Dare : 6th Floor Rear Flat)
Chapman To       (All's Well, End's Well 2012)
Synopsis
Sammy and Ray, leatherback turtles and friends forever, are enjoying an atoll’s water and sand, shepherding new hatchlings Ricky and Ella out to sea. Suddenly, a poacher swoops in and ships them off to be part of a spectacular aquarium show for tourists in Dubai. The kingpin of the place, Big D the seahorse, enlists them in his plans for a great escape. But with their new friends Jimbo the bug-eyed blob fish, Lulu the snippy lobster and a whole family of penguins, Sammy and Ray hatch breakout plans of their own. That is when little Ricky and Ella arrive, determined to break in to rescue them. After a series of thrilling adventures and narrow escapes, our heroes head south to meet up with Shelly, Sammy’s first and only love.