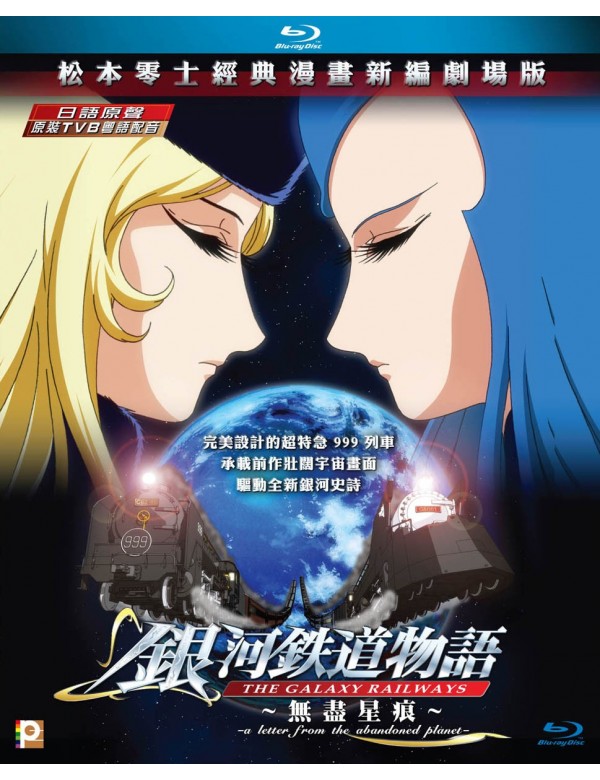 Synopsis
A Series of strange hallucinatory visions have been reported along numerous tracks of the Galaxy Trains, such as dense jungles or large cities appearing in the middle of the universe, causing panic in the Galaxy Train Headquarters. Suddenly a S.O.S. call comes in from the allegedly abandoned planet of Heirise, a place where the galaxy rails were closed a long time ago. The call signal is sent from the legendary Galaxy Express 999.
Sirius Platoon embarks on a perilous rescue mission to retrieve the Galaxy Express 999 from this mysterious planet. They are about to witness an unprecedented rift in the deep axis of time and space, all caused by the self-serving drive and compulsion of just one person.