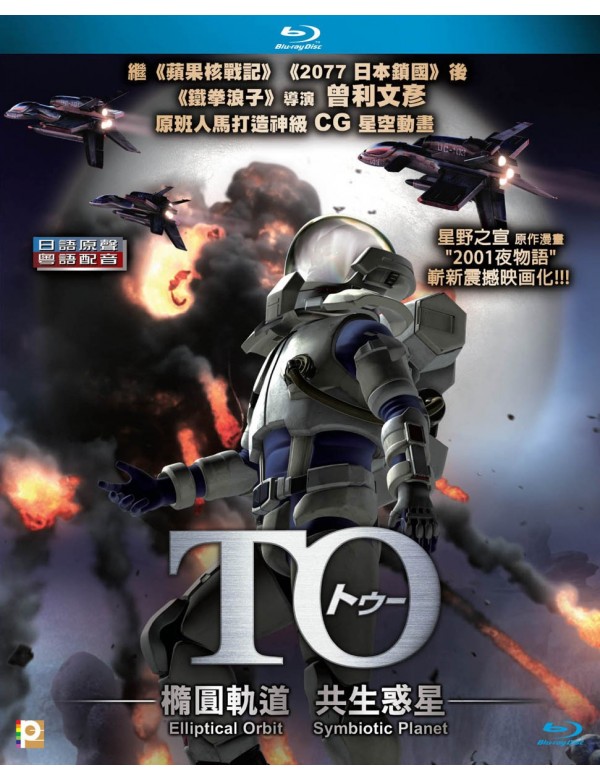 Synopsis
Elliptical Orbit：
A space station "Midnight Bazooka" orbits around the Earth. It serves as a shuttle takeoff and landing base as well as a staging post for the moon base. One day, "Flying Dutchman", a space transporter loaded with powerful resources, "liquefied proton", arrives on Midnight Bazooka for the first time in 15 years. The transporter's captain, Maria, has remained her young, beautiful self thanks to extended periods of hyper-sleep; while her former lover, captain of Midnight Bazooka, Dan, has aged as normal. Yet their emotional bonds still remain as strong as ever. As Dan and Maria catch up on old times, the space station is invaded by an army of terrorists intent on destroying the moon-base with the "liquefied proton" in the "Flying Dutchman". Heavily outgunned and outnumbered, Dan and Maria’s respective crew members are forced to join together in a deadly face-off to save their own lives and those of their colleagues on the moon.
Symbiotic Planet：
Fossil fuels have run out on Earth, and human beings are exploring the resources on the "5th planet", which has been divided into the East (Eurasian) and the West (American-European) colonies for exploration. Ion, a researcher on the West colony, and Arina, a researcher on the East colony, are attracted to each other despite being separated. A love across borders blossoms. Despite UN intervention, a dispute over territorial rights between the two colonies threatens to provoke a military conflict. As hostilities begin to escalate, Ion is accidentally exposed to an unknown variety of alien micro-organisms in his outpost’s research lab. Risking his life, Ion tries to prevent the infection from spreading, but the two colonies' plots intertwine. To survive, the "Romeo and Juliet" in the space must have faith.