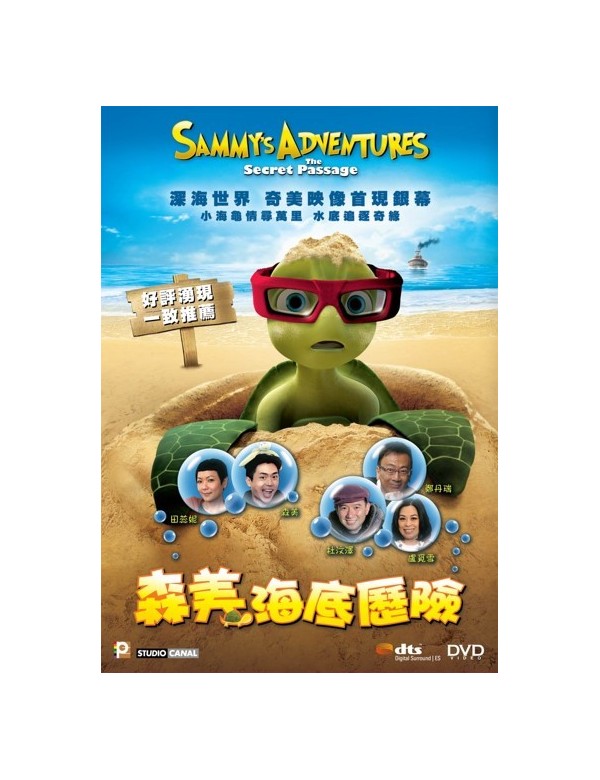 HKD$49.00
HKD$29.00 Save HKD$20.00
Sammy's Adventures - The Secret Passage
Director
Ben Stassen
Cast (Cantonese Dubbing)
Sammy Leung    (Truth or Dare : 6th Floor Rear Flat)
Chapman To       (All's Well, End's Well 2012)
Synopsis
As he scrambles to the sea shortly after his birth on a beach in California, Sammy the sea turtle finds and loses the love of his life, a pretty hatchling called Shelly. On the epic journey across the oceans that all turtles accomplish before returning to the beach where they were born, Sammy dodges every danger in the hope of meeting Shelly again. With best buddy Ray, he sees close up how humans are hurting the planet. But then he is rescued by other humans. He battles with piranhas, escapes a fish eagle and searches for a mysterious secret passage. And, one day, after so many adventures and close shaves, Sammy finds Shelly. She has never forgotten him either...