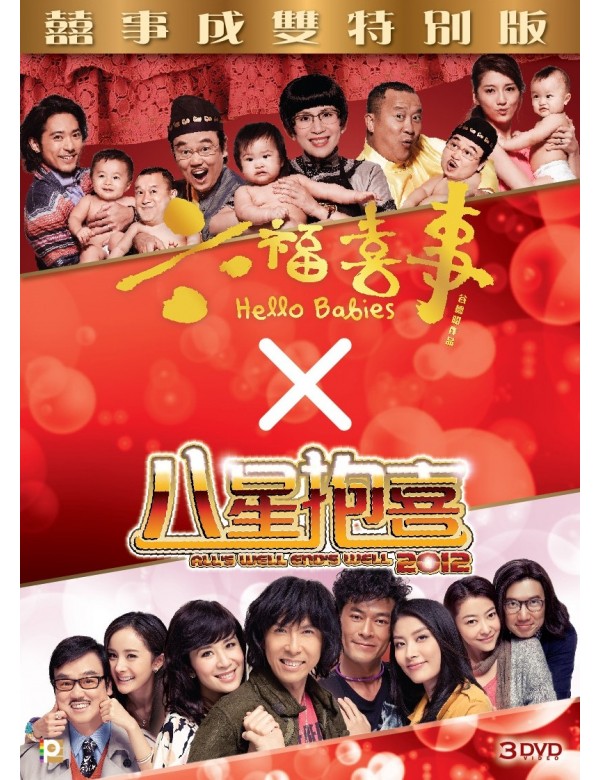 HKD$39.00
HELLO BABIES
The rich merchant Lui Ming and his old opponent Yeung Wai fight for everything for years. This time they compete to be a grandpa first!
Yeung is going to have a grandson from his son Alex and daughter-in-law Shan. Lui therefore threats his grandnephew couple Scallop and Snowy who live off his money to have a baby, or will cut off all financial supports. Lui also hires the Super Star midwife Gong San to supervise and urge Scallop and Snowy. The couple’s life turns upside down, but recalls their romantic passion of the beginning of love…