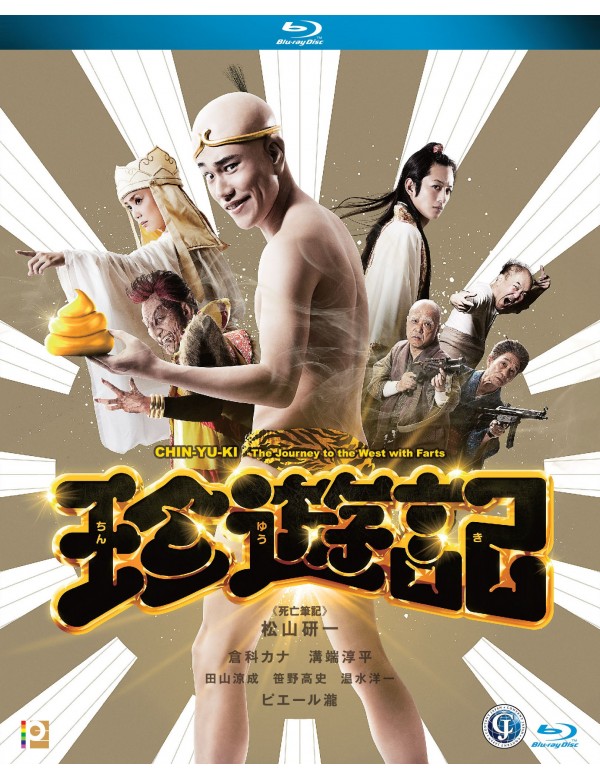 CHIN-YU-KI: The Journey to the West with Farts (Blu-ray)


Synopsis
The unthinkable live-action adaptation of a farcical manga which has been serialized since the 1990s in “Shonen Jump Magazine” and has sold approximately four million copies. In the director's chair is Yamaguchi Yudai, an adept comedic director who has worked on Battlefield Baseball and other manga said to be unadaptable in live-action.
Genjo (Kurashina Kana), a buddhist monk on a journey to India, happens to stop by the home of an old man (Tayama Ryousei) and old woman (Sasano Takashi) who request him to rehabilitate the supreme juvenile delinquent Yamada Taro (Pierre Taki/Matsuyama Kenichi).
PANJB1703040