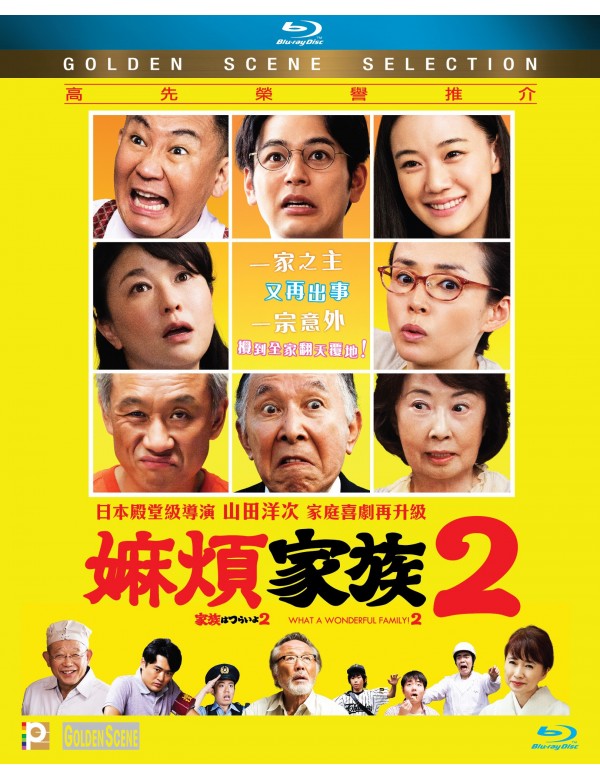 What A Wonderful Family! 2 (Blu-ray)


Synopsis
Several years have passed since Shuzo Hirata (Isao HASHIZUME) and his wife Tomiko (Kazuko YOSHIYUKI) came within inches of getting divorced. Shuzo enjoys getting out of the house and going for drives, but after his car starts to collect more dents that ever before, his eldest son Konosuke (Masahiko NISHIMURA) and daughter-in-law Fumie (Yui NATSUKAWA) begin to worry about his safety as an elderly driver, and decide to ask him to relinquish his license. However, how on earth are they going to convince such a stubborn old man to do so? As the other siblings become involved - younger sister Shigeko (Tomoko NAKAJIMA) and her husband Taizo (Shozo HAYASHIYA), plus younger brother Shota (Satoshi TSUMABUKI) and his wife Noriko (Yu AOI) - they all end up trying to get each other to do the dirty work. Meanwhile, Shuzo adamantly refuses to stop driving, and the entire Hirata family finds themselves at odds once again.
Then one day as Shuzo is out driving with Kayo (Jun FUBUKI), the comely female proprietor of his favorite bar, he happens to meet his old classmate from Hiroshima, Ginpei Maruta (Nenji KOBAYASHI, appearing as a different character to the one he played in the first film). They indulge in a few drinks at Kayo’s bar for the first time in over 40 years, and Shuzo invites Maruta to stay the night at his house. Little does he know that this will lead to another sticky conundrum! After narrowly avoiding a late-life divorce, what crisis will befall the Hirata family next?!