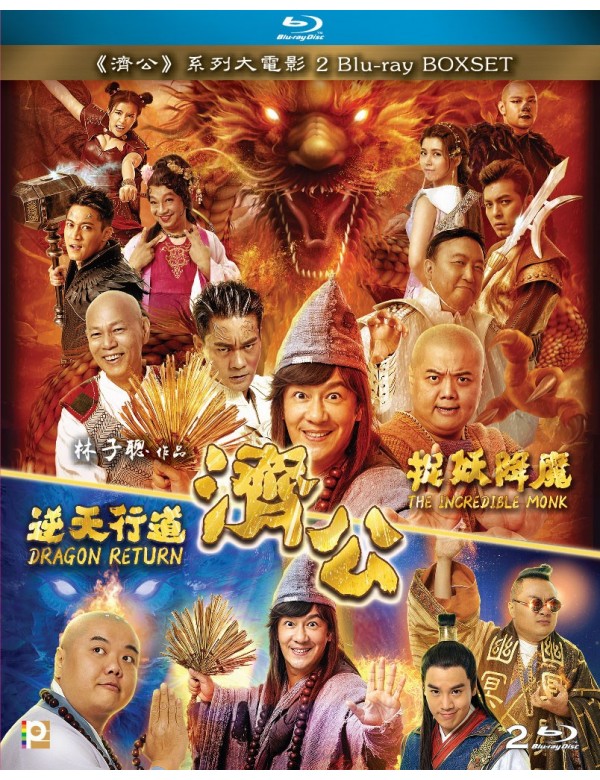 Synopsis
Daoji stationed in Suzhou and Hangzhou during Southern Song Dynasty, to prevent goblins and leprechauns from causing chaos. Daoji saved the people from a tsunami caused by an aqua monster, but he was blamed for not fulfilling his duty. People started to convert from Buddhism to Hongyuan. Soon came the sudden news that Emperor was dead and a young emperor reigned. After Daoji’s thorough investigation, he found that it was the well-orchestrated conspiracy of Roc. Roc wanted to overthrow the Spiritual Trinity. The Emperor of the Gods summoned the five strongest demigods: Ehlong God, Thor, Nezha, the Fairy of Nine Heaven and Daoji’s close friend Fuhu the tiger taming lohan, to help combat the evil force in the Mortal.

Synopsis
In the last saga of Ji Gong, the incredible monk successfully formed an alliance with people from all walks of life to save humanity. Peace is but fleeting as warfare continues to plague the world.

General Gao Renjie is a prominent official of the royal court. He has been in countless battles and has been hailed as a decorated war hero. He has a childhood sweetheart named Feng Yi whom he liked since they were young. Feng Yi suffers a terrible fate when she is thrown to a life of prostitution. Although Gao Renjie loves Feng Yi, he doses not dare to marry her. Gao Renjie turns to Ji Gong for help, yet things do not go as planned.
PANCB1901061