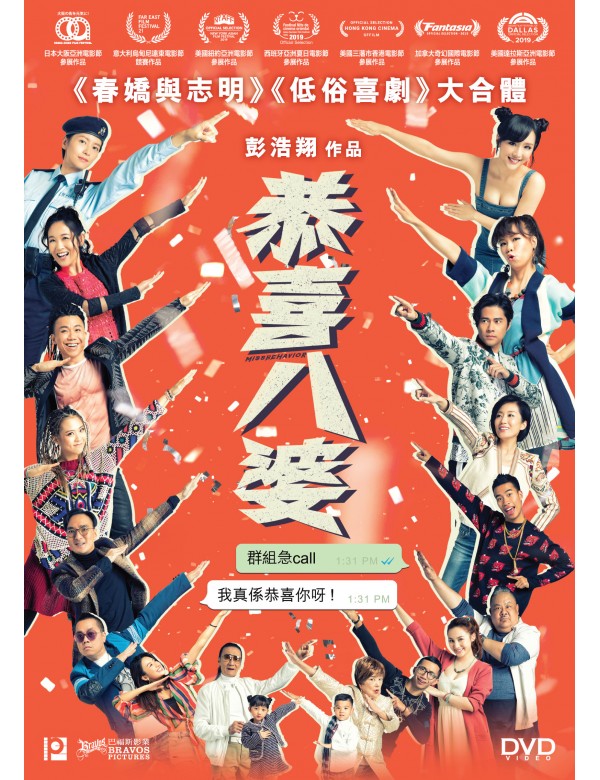 
Synopsis
The mobile chat group "Pat Poh [Nosy Bitches]"comprises six girls and two boys. They were once very close, but then Inspector May therein found that her bosom friend Isabel had an affair with her boyfriend. Moreover, the internet celebrity, Rosalin, has written everyone else's love secrets into a book and published it.  For all such reasons, members of this group are getting more and more alienated from one another. Gradually, they no longer speak in the group and it is sinking lower and lower in their mobile phones.
This situation continues until one day when, a member of the group, June, who has always been helpful, inadvertently pours into the coffee for a client a bottle of human milk put by her superior in the pantry. Consequently, she has to find another bottle of human milk with which to replace the poured one, before the office hours are over on that day. At the end of her tether, she thinks of the group of friends who used to be so close. She approaches Isabel for help. And Isabel begins to contact the other members of the group one by one. Although there are all sorts of conflicts and grudges among them, they decide to put aside their grudges for the time being in order to get the milk and help June out. In the process, everybody's grievances, complexes and problems that have long been repressed break loose once and for all. They are trying to rescue June as well as a network of friendship that is long gone.