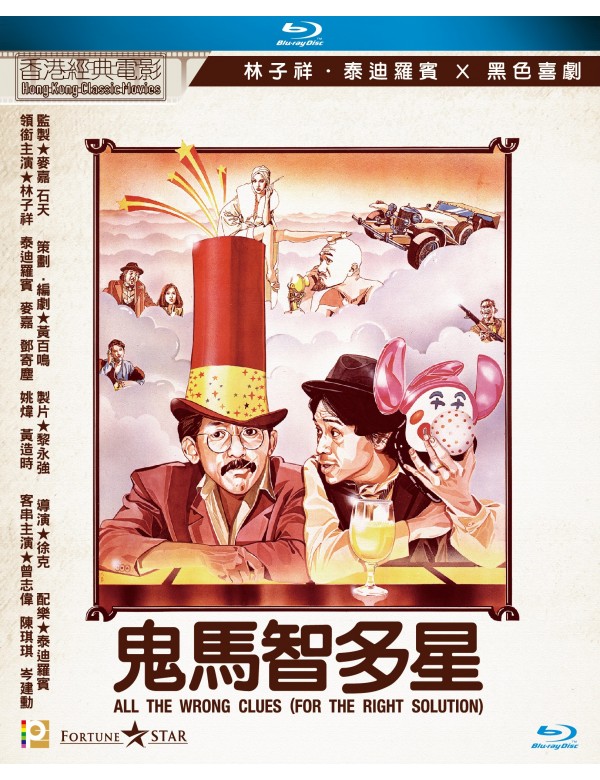 All the Wrong Clues (For the Right Solution) (Blu-ray)


Synopsis
Some time in the thirties in Hong Kong, the Godfather Capone (Karl Mak), upon release from jail, was determined to take vengeance on the Champ (George Lam), a small time private eye who double-crossed him. The conspiracy was somehow exposed to detective Robin (Teddy Robin), an old friend of the Champ. Under the pretext of a licence expiry, Robin custodised the Champ in order to protect him. At the same time, Old Woo, a big crook from Shanghai bailed out the Champ so as to use him as a bait for Capone's money. However, with the realization of the trap, Robin and the Champ Called upon Capone, Old Woo, as well as the heads of the Four Families of the underworld. In a golden opportunity planned by the two masterminds, the whole underworld was put under arrest, while Old Woo was scared away. As a result, Robin and the Champ achieved the highest merit in the police force.