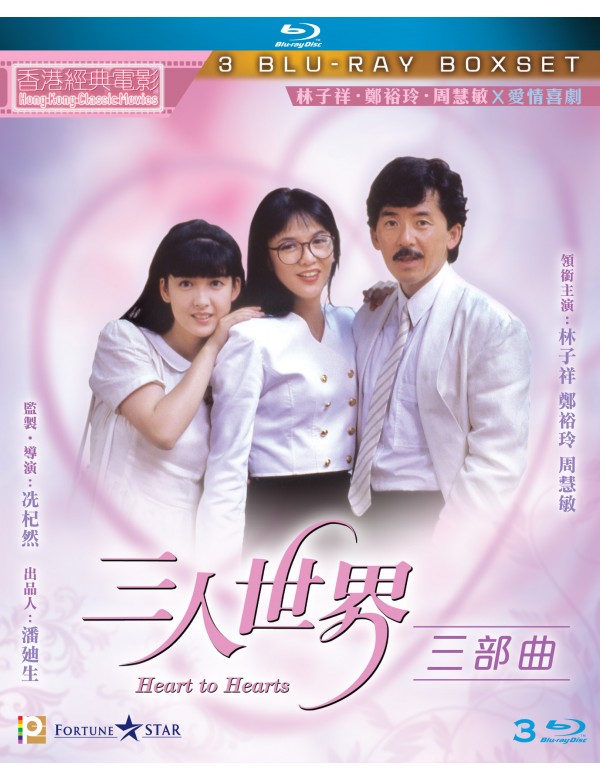 
Synopsis
Advertising professional Alex (George Lam) just breaks up with his model girlfriend Peggy (Rosamund Kwan).  In order to relief Alex’s anxiety, his friend invites him to be the part time conductor of a choir where Alex meets Vivian (Vivian Chow). However, Vivian’s mother Chu Lai Ngo (Do Do Cheng), a divorced woman, who dislikes Alex at the first sight. When Alex and Chu are getting closer and closer, they imperceptibly fall in love with each other. At this moment, Peggy suddenly comes back to Alex asking for being together once again.  Alex has to make his choice of love between these two women.


Synopsis
Advertising professional Alex (George Lam) has been living with Chu Lai Ngo (Do Do Cheng) and her daughter Vivian (Vivian Chow) in harmony. Alex has to go to Paris with director Joe (Maggie Cheung) for ad production. Due to the suspicion of Alex’s fidelity, Chu and Vivian follow Alex to Paris and cause dramatic argument with Joe. Because Chu feels her relationship with Alex is in danger, she threatens Alex to marry her once they return to Hong Kong. Otherwise, she will marry Alex’s cousin and go to Canada. How would Alex the situation and win Chu back?