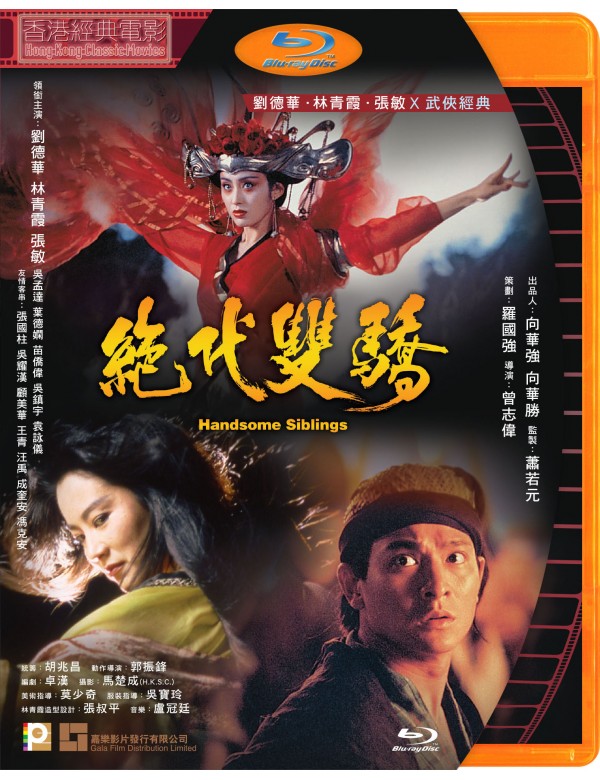 Handsome Siblings aka Succession By Force

Every 18 years, the martial artists' community hold a martial arts contest to elect a new leader. Eva Palace's ruler (Sharla Cheung) wins the title and is tasked with eliminating the Ten Villains, who live in the Villains' Valley, a sanctuary for criminals. Yin Nam-tin (Eva Palace ruler's husband) believes that the villains are innocent and attempts to stop his wife from killing them. The couple turn against each other and Yin eventually manages to defeat his wife, but becomes paralyzed and mute. Eva accepts a girl called Fah Moh Kuit (Brigitte Lin) as her disciple and intends to groom her as her successor. Meanwhile, the Ten Villains accept Yin's son (Siew Yu Yee) (Andy Lau) as their student and plan to "nurture" him to become the greatest villain ever. 18 years later, the grown-up Siew Yu Yee coincidentally meets Fah Moh Kuit and falls in love with her.