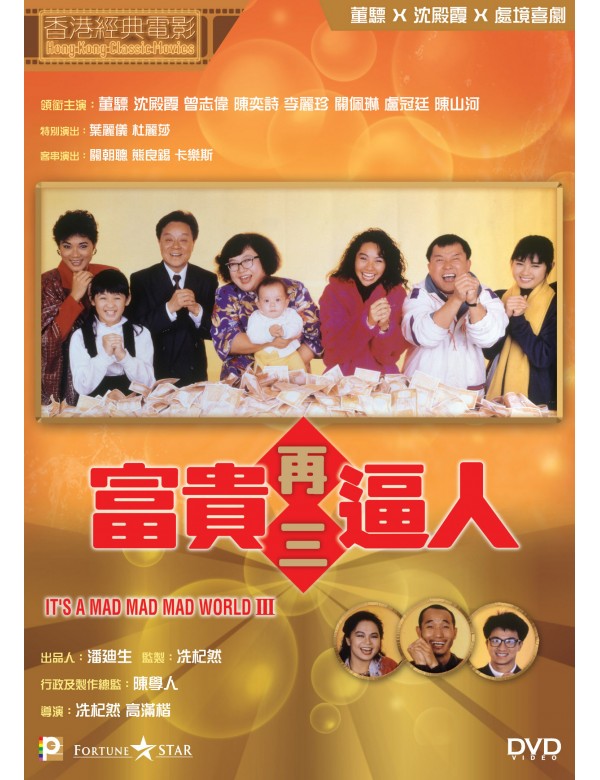 Synopsis
In the third installment of this comedy hit, Bill (Bill Tung) and his wife (Lydia Shum) have become snobbish after they won the lottery in Canada. When they showed off their money at the bank to their friends, they lost it all during a bank robbery and had to move back to their small flat in the public housing estate, leading a miserable life. For maintaining a living for the whole family, Bill went for an audition at the TV station and ran into his ex-girlfriend, but got himself into trouble when his wife thought he was having an affair. Until one day, Bill was being notified by the bank that they will be reimbursed for the money they lost in the robbery surprisingly...