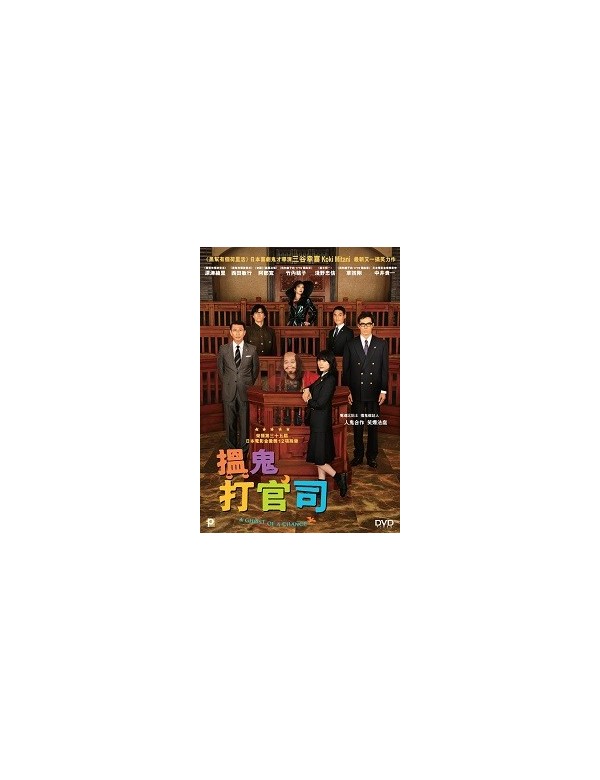 A Ghost of a Chance (VCD)

Emi is a third-rate defence lawyer with zero prospects. One day, her boss, (Hiroshi Abe) assigns her a particularly unusual case. A man is suspected of murdering his wealthy wife (Yuko Takeuchi) but he has an alibi. At the time of the crime he claims to have been staying at a country inn where he suffered an attack of supernatural sleep paralysis or kanashibari. The only individual able to prove his innocence is the ghost of the vanquished samurai warrior who sat astride his chest the whole night. Emi hurries off to the inn where she too has an attack of kanashibari. She opens her eyes to find the samurai warrior (Toshiyuki Nishida) sitting on top of her. Before she knows what she's doing, she grabs his hand and begs, "Please, come testify in court of law." And thus legal history is about to be made as a ghost takes the stand! A useless lawyer at the end of her tether...a disgraced samurai unjustly killed 421 years ago...a remarkable friendship! Opposing them is the hard-nosed public prosecutor who absolutely refuses to entertain any notion of the supernatural. Under a harsh public gaze, the curtain goes up on the ghostly legal proceedings.
PANJV1212040