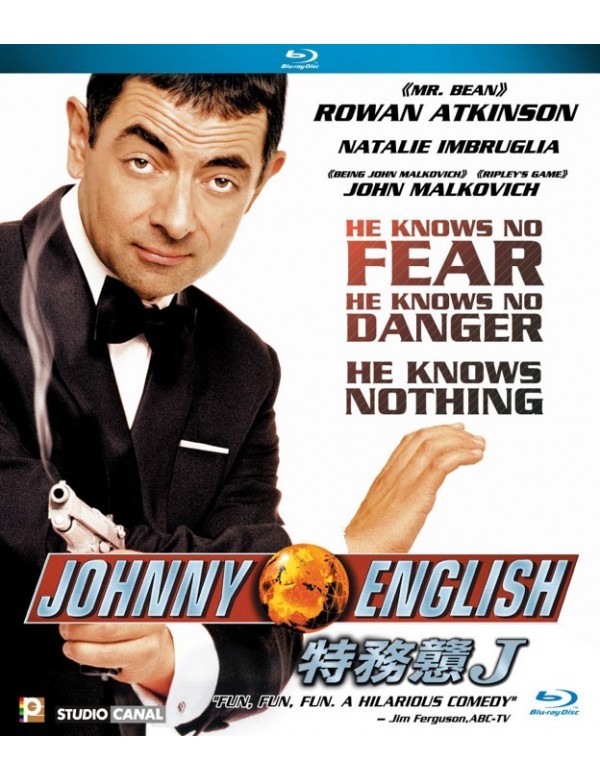 When the priceless Crown Jewels are stolen, bumbling Johnny English (Rowan Atkinson) is the only Secret Agent in the country (literally!) who can solve the crime. His prime suspects: a sinister businessman (john Malkovich) and a beautiful woman (Natalie Imbruglia) with a myesterious interest in Johnny's top-secret mission. Can the clueless super spy save the day without denting the nations's pride...or his super-cool Aston Martin spy car? Your whole family wil howl with laughter as the clumiest secret agent ever unleashes an onslaught of outlandish stunts, hair-brained heroics and outrageous goof-ups in this hilarious spy spoof!