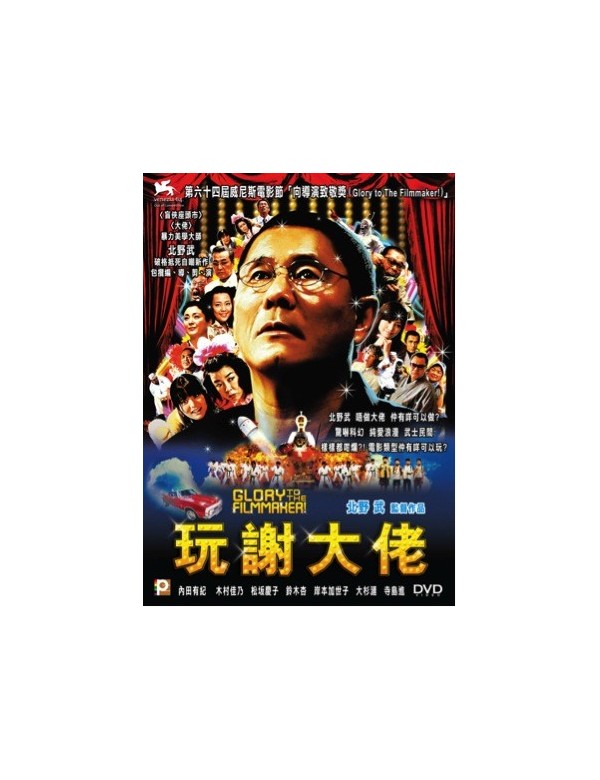 Glory To The Filmmaker ! (DVD)

Famous director Kitano declared to stop making any violent films despite his previous success. He then tries to shoot the ultimate film for movie-lovers and imagines every genre possible for his new project ── Ozu's style? A nostalgic period one? A horror film to be remade by Hollywood? A romantic tear-jerker? Action with Sword play? When all of the above seems to be failure, he thinks of a Sci-Fi extravaganza! His story starts with a pair of money-loving mother and daughter as well as an eccentric man ( Beat Takashi ) who frequently turns into a doll...A series of wacky, unpredictable events soon follow, the film-making process becomes a comedy!
PANDVD521038