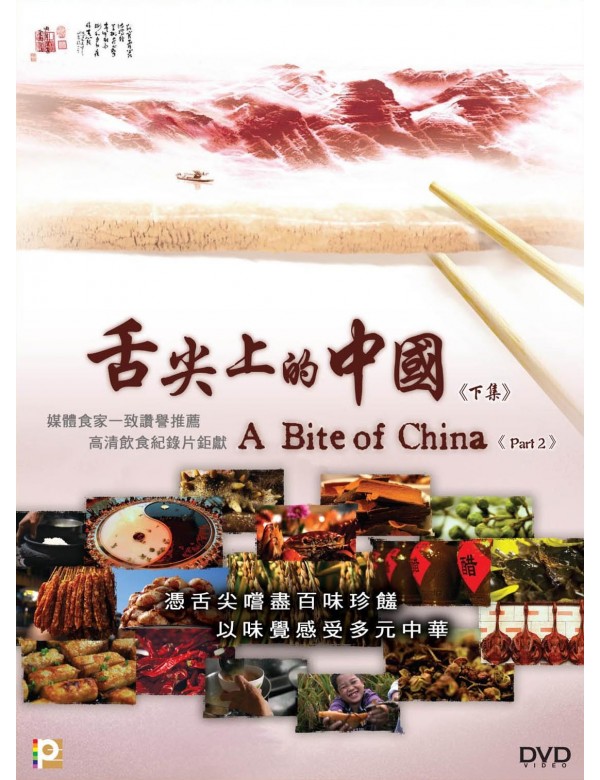 The Most Popular Chinese Documentary with Top Viewership!

"A very open and inclusive temperament" ─ Qiaobao, USA
Synopsis
〈A Bite of China〉 explores how Chinese food influences people's lives in ritual, moral, and interest. The 7-episode high definition documentary series covers 60 locations throughout China, featuring not only a diversity of special Chinese food and a series of elements that form the food with unique Chinese cultural temperament, but also learn the delicacy and the long standing and well-established Chinese Diet Culture.

Episode 4 《The Taste of Time》
Time is a friend of food, and also its enemy. Traditional Chinese preservative techniques may create different, and even tenderer flavours through salting, air-drying, stewing or smoking procedures. From Hong Kong's famous cured meat & shrimp paste, Miao ethnic groups' souse fish to Shanghai's drunken crab and Taiwan's mullet roe,  time plays the key role in shaping the peerless tastes.
Episode 5 《Secrets in Kitchen》
Besides food itself, there is something more important: the control of heat, seasonings and knives.Too many secrets are there to be discovered in Chinese kitchens. The entire whole pig steamed in a large wooden cupboard, the hundreds of bean curd shreds sculptured by knives ─ even the secret is revealed, there is no way to imitate such advanced techniques.
Episode 6 《The Equilibrium of Tastes》
The word “taste” encapsulates infinite possibilities ─ from  gustatory and olfactory experiences to feelings incited by things way beyond food. Sweet sugar onion, salty sea salt, sour Zhenjiang vinegar, spicy Sichuan cuisine, savory flavor from seaweed ─ The equilibrium of tastes is the Chinese's philosophy of cooking and living.

Episode 7 《Paddy Fields Forever》
Chinese people take great advantage of every inch of ground they stand on to create food. In mountainous areas, glutinous rice can be grown on terrace fields; under the deap water of Yellow Sea, rich marine life like sea cucumbers, abalones and sea urchins can be raised; on the rooftop of a Beijing apartment, an amazing plantation with all sorts of fresh vegitables can be cultivated. This wisdom is a product of the Chinese's respect towards the heavens and a sentimental attachment to the earth.