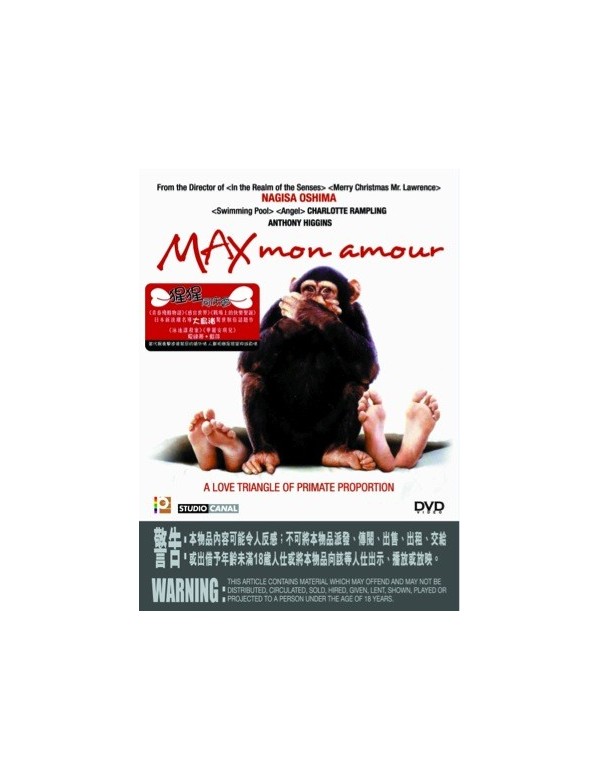 The Controverisial Japanese Director Nagisa Oshima sends a huge wink to his audience with this outrageous comedy about a wife who has a most unusual lover...a chimpanzee! Peter Jones (Anthony Higgins)is a British diplomat posted in Paris. He is told by a detective that his wife, Margaret (Charlotte rampling), has rented a flat in which she spends quite a few hours with a presumed lover : he finds her in bed with a chimpanzee called Max. To show that he understands, he suggests that Max move into their apartment. They live together peacefully until Peter turns into an obsession to find out if the two are actually having sex. Soon Max runs away. When he returns, Peter tries to find him another mistress but the monkey turns up his nose at each one and then, consumed by jealousy, tries to kill him. Things go from bad to worse; the neighbors report them and the police get involved. Part hilarious and part surreal, this comedy of perverse manners is Oshima's way of making a statement about bourgeois morality.
PANDVD520948