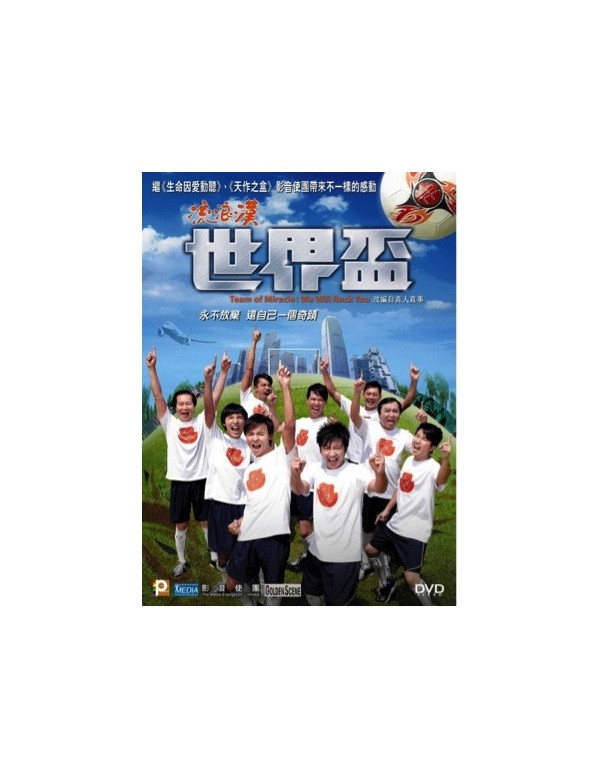 Team of Miracle : We Will Rock You (3-Disc Special Edition)

Team of Miracle : We Will Rock You

Lantern Street represented a nickname for abandonment. Under the shadow of the neon lights, you would come face to face with those living on the streets, sleeping without any shelters. They were loners coming from all walks of lives. Here, the time clock seemed to freeze, and people were trapped here from the outside world.

But as a Chinese old pastor saying, “Under the heaven, there is no dead end, God already prepares a way out” At the other corner of Lantern Street, a zealous social worker “Tung” persevered to lead the hopeless ones to find their way out, in return, he brought dignity and hope back to these people’s lives again. Tung pledged his life to help those hard core homeless folks, who were among the hardest ones to reach and change, because they too had already given up on themselves.

One day, Tung was inspired with the idea that football games could be a good opportunity to seek out the “Lost Sheep Away From Home”. Even though Tung was an amateur to football, and there was no substantial support, he determined to pioneer a football team, like a “light” to shine upon Lantern Street’s homeless souls. Tung took up the challenge and recruited the homeless folks to form the football team, which was truly an extraordinary team. Hoping that they would venture out of Hong Kong, they bravely took up the challenge to enter the tournament of the World Cup.