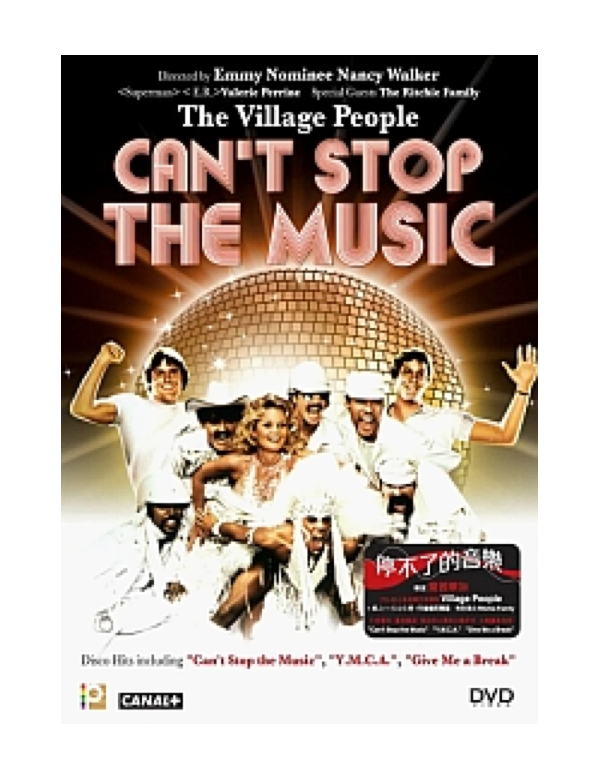 " Can't Stop the Music" is a glamorous production with smash hits songs. A colourful musical comedy full of 70's disco music and style in which the story about the group "Village People" is told. Samantha Simpson (Valerie Perrine) , an ex-model, tries to help her roommate Jack (Steve Guttenberg), a determined composer who swore to remain celibate until he makes remarkable achievements in his musical career. His works are brilliant and what he needs is to find some good singers to sing them! Samantha hence assembles a group of artistic friends from Greenwich Village to a party -- from Indian chief, construction worker, cowboy, to policeman and soldier. Soon the group staged in San Francisco for their own concert with glittery outfits. They sing Jack's songs cheerfully and all the audiences scream fiercely! For sure this makes a great success to Jack's career.