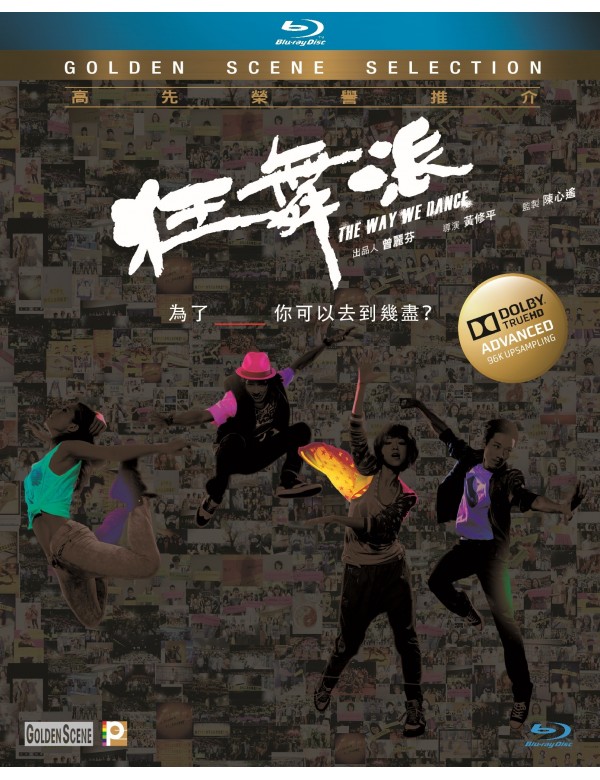 The Way We Dance (Blu-ray)

Synopsis
Growing up in an ancestral tofu shop, Fleur (aka. Fleur de Tofu) is actually a Hip Hop genius. As soon as she gets admitted to university, she becomes a supernova in the university dance crew, BombA; and they wish to defeat their rival crew, Rooftoppers, at the annual Dance Chample. After being teased of her quirky dance moves, Fleur leaves BombA in rage and despair. Meanwhile, Alan, the dowdy chairman of the Tai Chi Club has an eye for Fleur’s sleight of hand and tries to recruit her into his club. Fleur follows Alan and soon starts to lose her bias towards the seemingly drab Tai Chi and is touched by Alan’s dedication. Love soon blossoms between them, bringing their two seemingly contradictory worlds together. In an unfortunate accident, Fleur injures her leg, confining her to a wheelchair for three months. Fleur has hit rock bottom, but at this moment, Stormy, the leader of Rooftoppers shows up in front of the wheelchair-ridden Fleur and discloses to her the secret to Rooftoppers’ success.